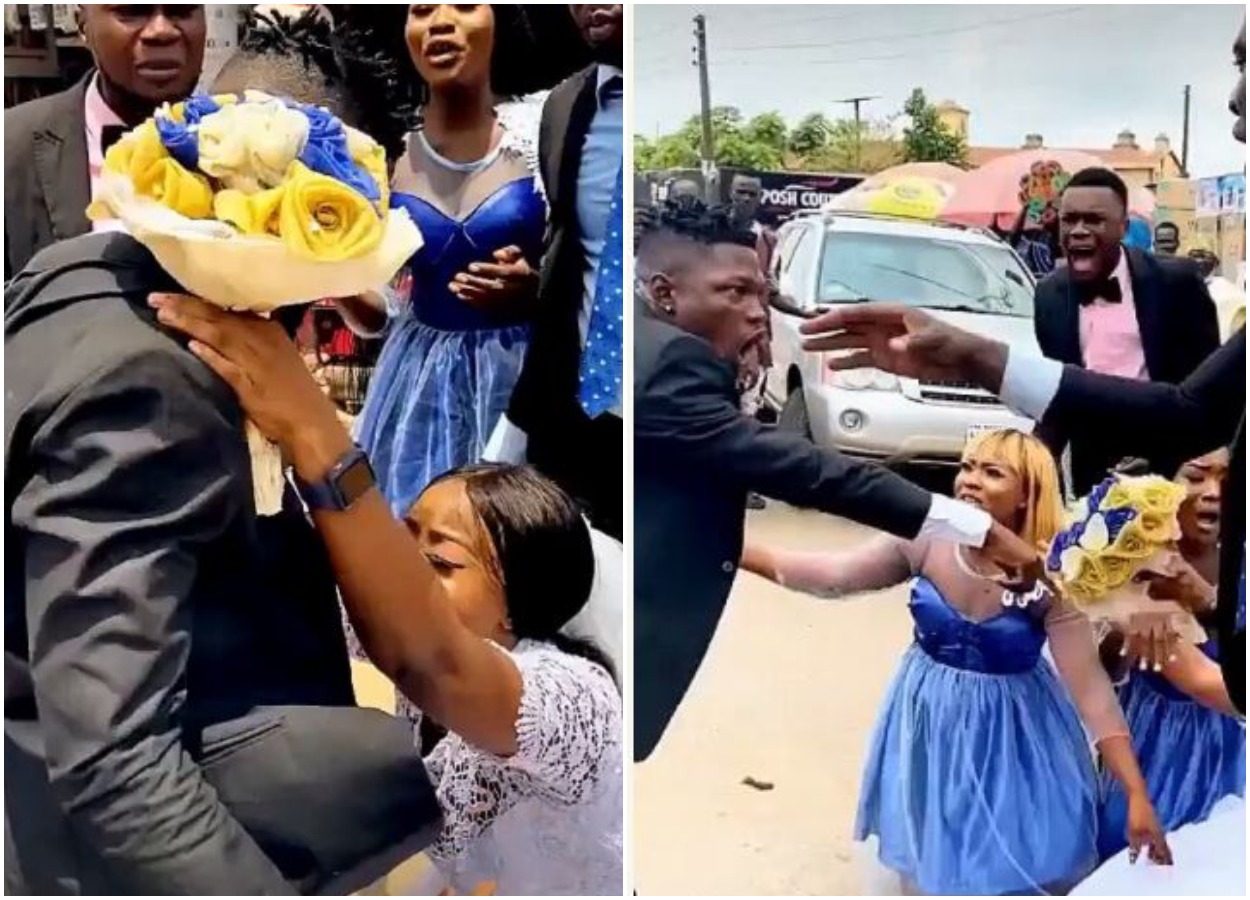 A video of a Nigerian Groom disgracing his bride and his best man for sleeping with his fianceé has surfaced on social media.

In the video that has become a growing sensation, the Nigerian groom who is yet to be identified as at of the filing of this report could be seen making a scene on his wedding.

According to reports, He caught his bride cheating on him with his best man but didn’t expose them earlier on, until his wedding day, before confronting them about their illicit affair

Despite the pleads from friends and well-wishers, the groom eventually called off the wedding leaving his fianceé crying and rolling on the floor.

Some of reactions below;

Conner44 wrote;”Too sad. Let the best man take over at the altar. All the party jollof and booze must not waste.”

Bolu wrote; ‘‘The guy did the right thing, good for the girl! Shameless thing! Why not marry the the best man instead of the groom lipsrsealed lipsrsealed A big lesson to some ladies and men too. Why going back to your dirty when you know you want to settle down undecided undecided you can’t eat your cake and still have it, no!”

babnyen wrote; ‘That is really a very sad scenario. But I understand the groom. He was really hurt at the ultimate unfaithfulness...’