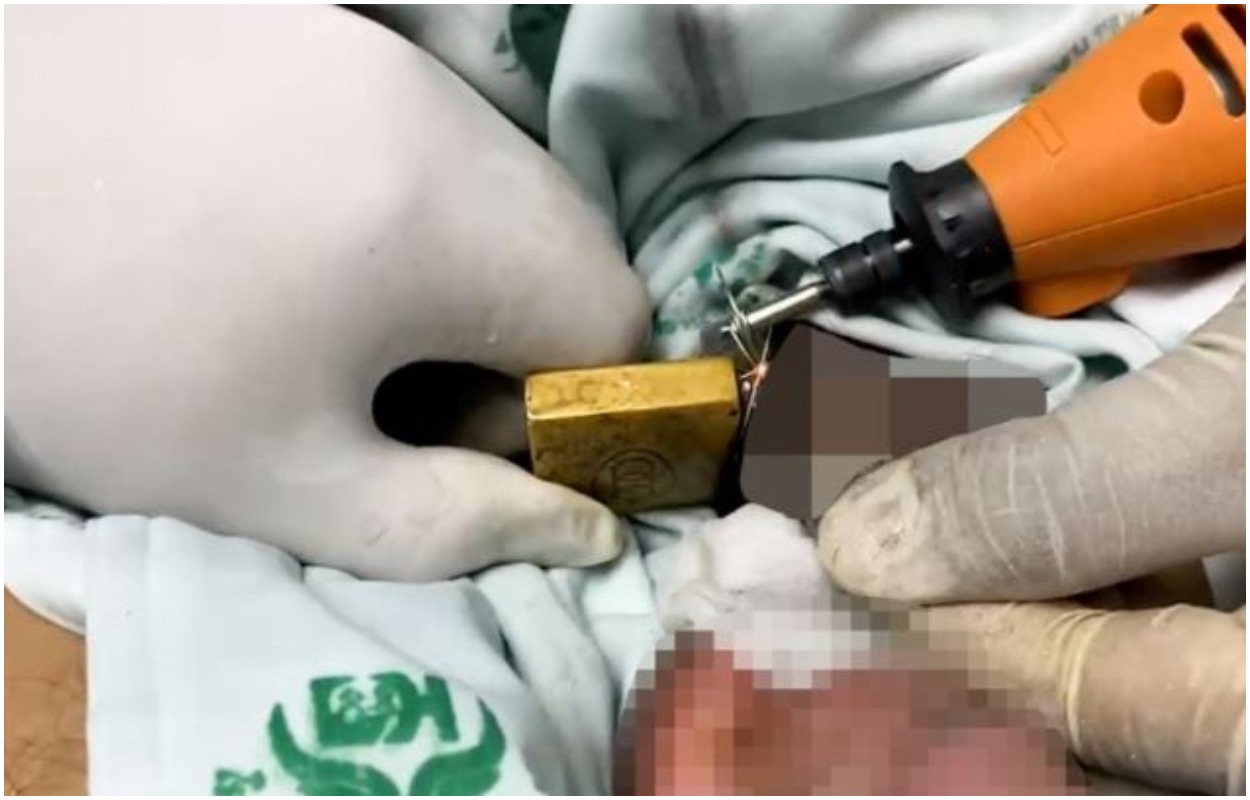 A 38-year-old bachelor man has suffered a permanently disfigured penis from Thailand after clamping the metal device around the base of his penis in a bizarre sex act and lost the key.

His mother also told medics that he “liked putting it though small holes” after his Instruments had swollen due to the pressure on his member.

He tried to remove the small padlock but failed so he left it on for more than two weeks.

But it soon became infected and the pain became so unbearable that he was raced to the hospital in Bangkok.

Emergency services arrived at his home on Thursday, with his embarrassed mum telling medics that he didn’t have a girlfriend.

She claimed he was “bored’ because he had been stuck at home during the pandemic.

She said: “My son is a private person and he doesn’t have a girlfriend. He has been staying at home a lot during the pandemic because he is worried about going out.”

“He told me he did this because he was bored and he likes putting his ‘thing’ through small holes. I was angry at him for embarrassing me like this and I’ve told him not to do it again.“

The injury was worse than doctors expected and had to rush him into hospital.

They spent more than half an hour using an electric cutter to slice through the metal lock, still clamped around his body.

After they managed to free his penis, they gave him antibiotic cream and penicillin tablets.

Despite him now being free of the device, medics warn there could be lasting damage due to the amount of time the padlock was stuck.

His penis has been disfigured by the ordeal, medics said.

Rescue officer Thongchai Donson said: “In the hospital he was in pain and screaming so loudly because it was so swollen. Removing the metal was very difficult.

“We can’t give the man’s name but we want to make the news public to prevent other people from doing this kind of thing. It can be very dangerous and damage the body.” 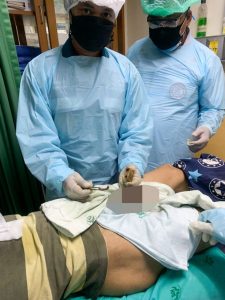