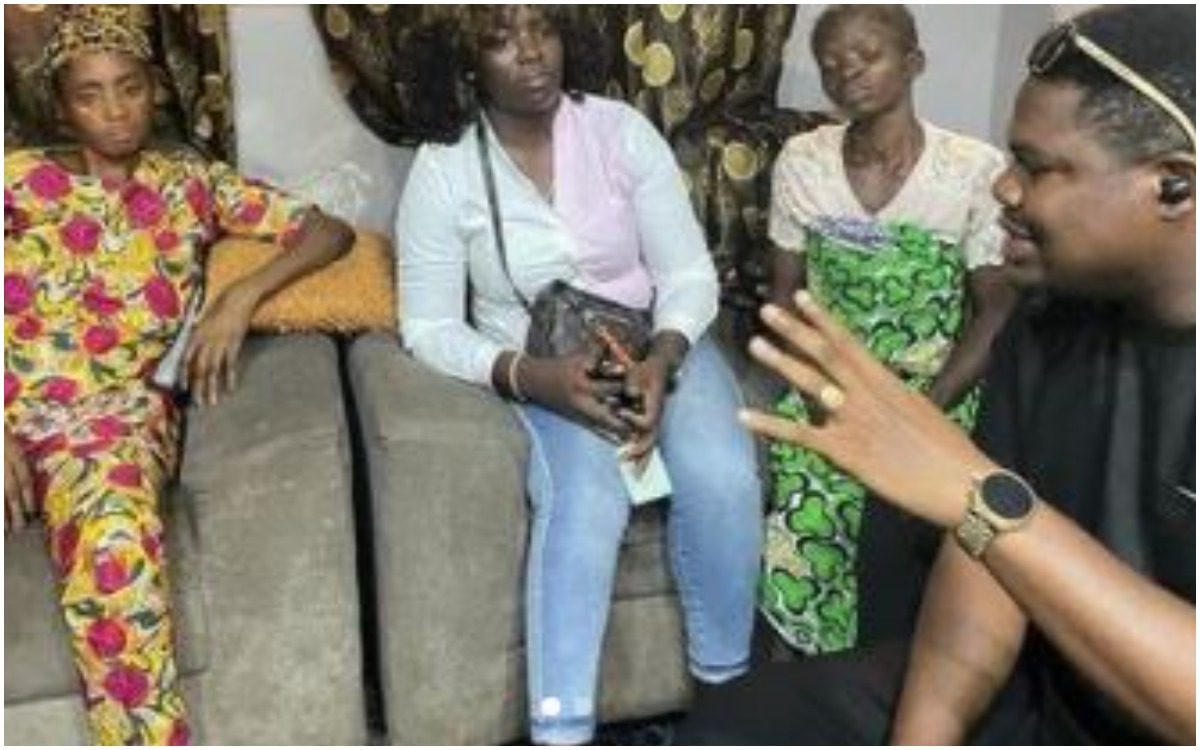 Popular Nigerian comedian, Debo Adebayo, also known as Mr Macaroni, has visited the family of a 14-year-old girl, Jumoke Monsurat, who was killed during the Yoruba Nation rally in Lagos on Saturday, 3rd July. 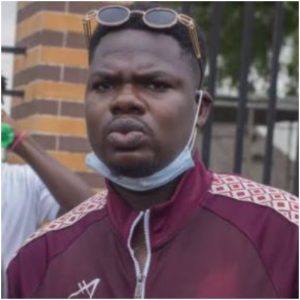 Naija News earlier reported that Jumoke was reportedly hit by a stray bullet shortly after policemen opened fire to disperse those at the rally who were agitating for Yoruba Nation.

However, the police denied its involvement in Jumoke’s death, saying she was stabbed and that the blood found around her corpse was dry. 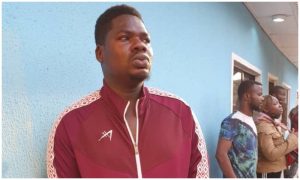 Visiting the family, the Instagram sensation, donated a sum of five hundred thousand, pleading to other Nigerians who could assist the bereaved family should support them.

Sharing photos from the visit, Mr Macaroni captioned it; ‘I visited the family of late Jumoke Oyeleke; the 25years old that was killed during the Yoruba Nation Rally. They need all the support they can get right now, I have donated N500,00 today and i plead with all those who can to kindly support the family. 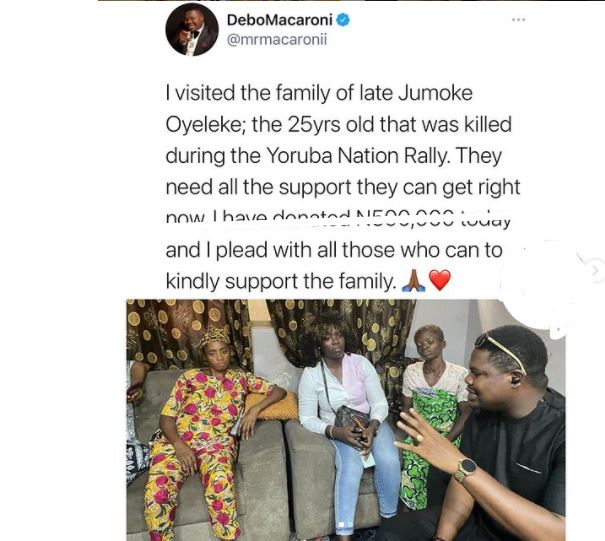