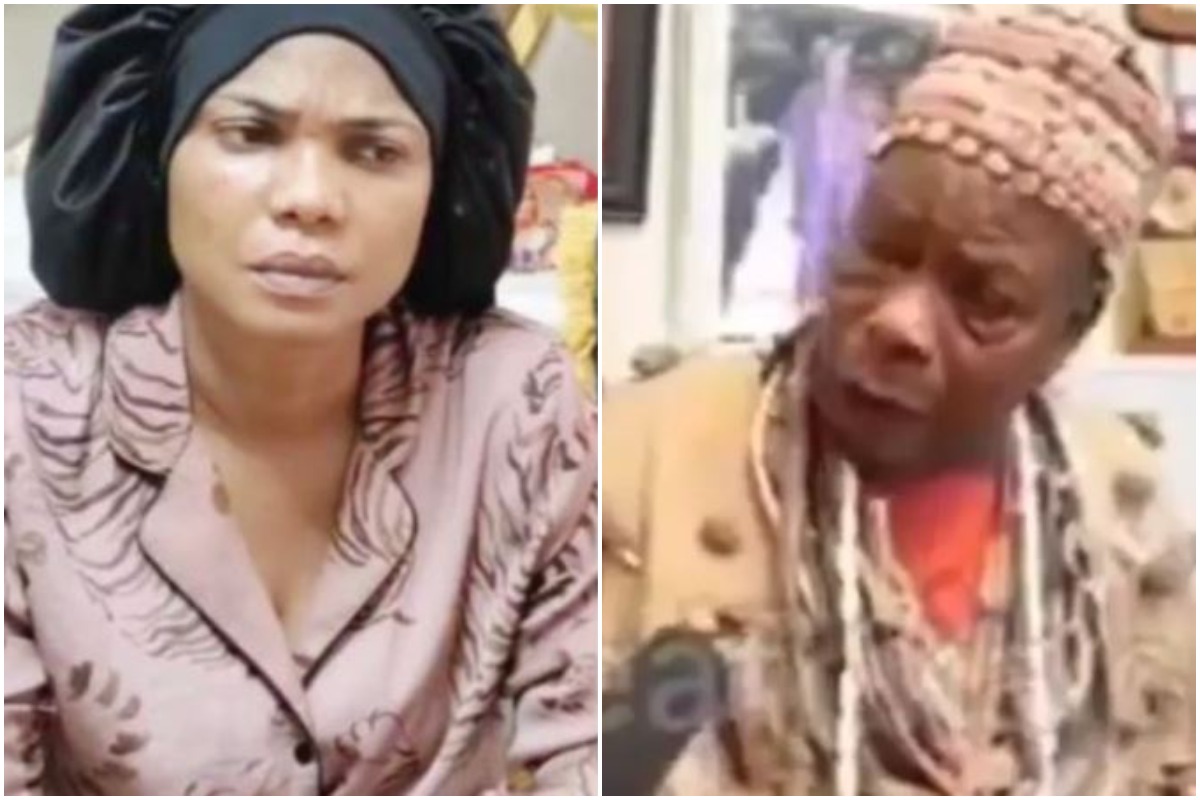 The said herbalist was alleged to have declared that Ojo will suffer and die for standing in the way of embattled comic actor, Baba Ijesha over his rape saga.

Naija News understands that the herbalist had in a viral video, condemned Iyabo Ojo,  accusing her of waging a personal war against Baba Ijesha because “he didn’t settle her well.”

He also accused the actress of engaging in prostitution, citing her trips to Abuja. However, days after the video went viral, Media personality Seun Oloketuyi has disclosed that the herbalist is now dead.

He wrote; “Breaking Herbalist who Predicted that @iyaboojofespris will die has passed on today.

Iyabo Ojo who reacted to the news, wrote;

“If God be for me, who can be against me? NO BODY”