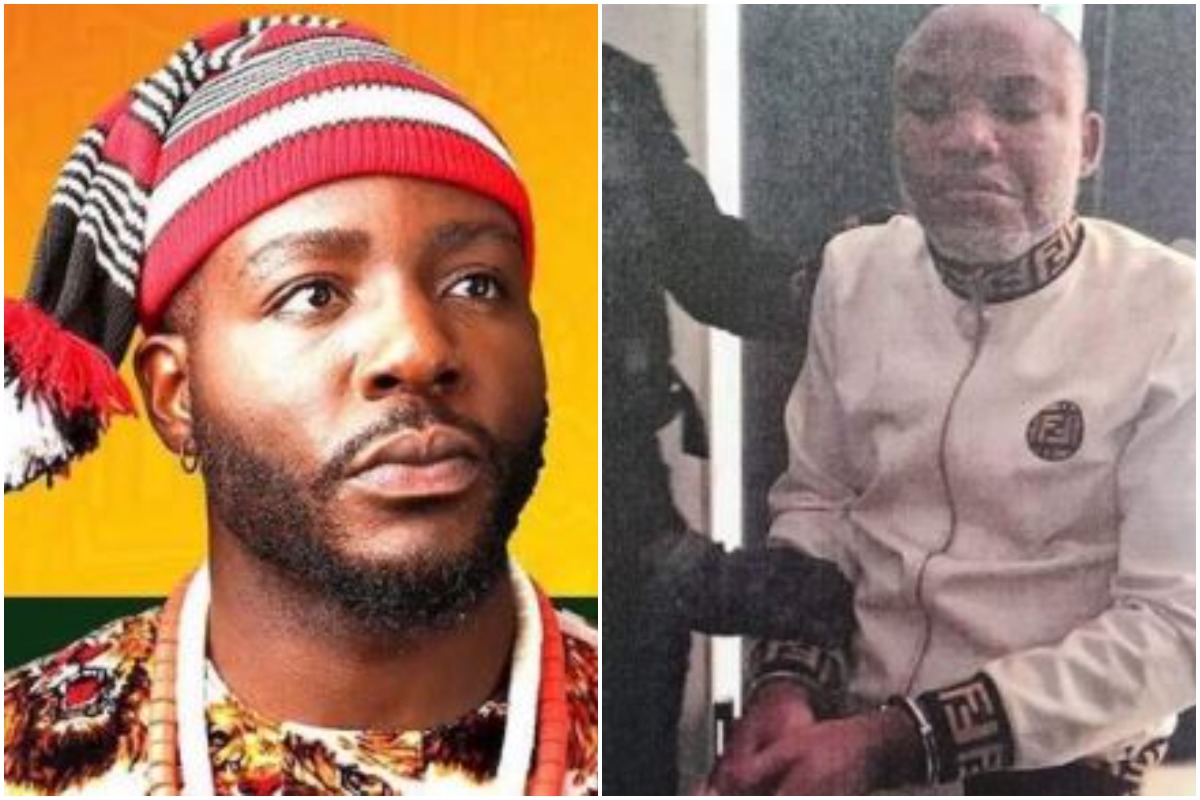 Popular indigenous rapper, Owoh Chimaobi Chrismathner better known as Zoro has called for the release of the leader of the proscribed Indigenous People of Biafra, IPOB, Nnamdi Kanu.

Reacting to the News, rapper Zoro via his Instagram page called for the release of Nnamdi Kanu. He said, even though he has a lot to say, he’d leave the authorities to their conscience.

He wrote; ‘Free Nnamdi Kanu’. There’s a lot I’d love to say, first is. I’d love if you listen to your conscience only if its well-fed shaa.. #freemazinnamdikan

Meanwhile, AGF during a media briefing, stated that the IPOB leader was arrested based on a collaborative effort between security agencies in Nigeria and Interpol.