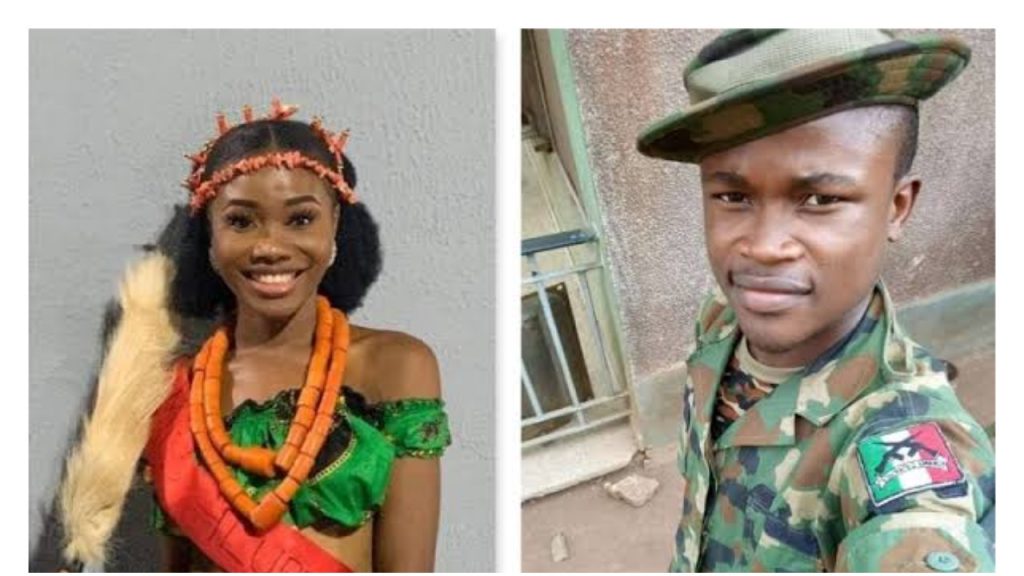 The Nigerian Army has broken silence on the report of military personnel who killed his lover, Jennifer Ugadu, a student of the Niger Delta University, Ammasoma due to jealousy.

It was gathered that Jennifer was shot in her residence by the military personnel identified as James Matol, who is now at large.

It was reported that the deceased who is a 200 level student of the Faculty of Education, was found dead in her apartment with stab injuries and bullet wounds.

There are claims that the deceased died days before she was discovered as the body was already decomposing.

The Director of Army Public Relations, Brigadier-General Onyema Nwachukwu, in a statement, extended condolences to the Ugadi family.

He further stated that there is no place for such a barbaric act in the military and assured that justice will be served.

Nwachukwu disclosed that a joint investigation has commenced, while the effort to ascertain the true identity of the soldier is ongoing.

The spokesman added that the military which is a professional and disciplined organization will continue to uphold and respect the fundamental human rights of citizens as enshrined in the 1999 constitution.

Nwachukwu assured that the public would be updated on the matter and that the suspect would face the full wrath of the law.