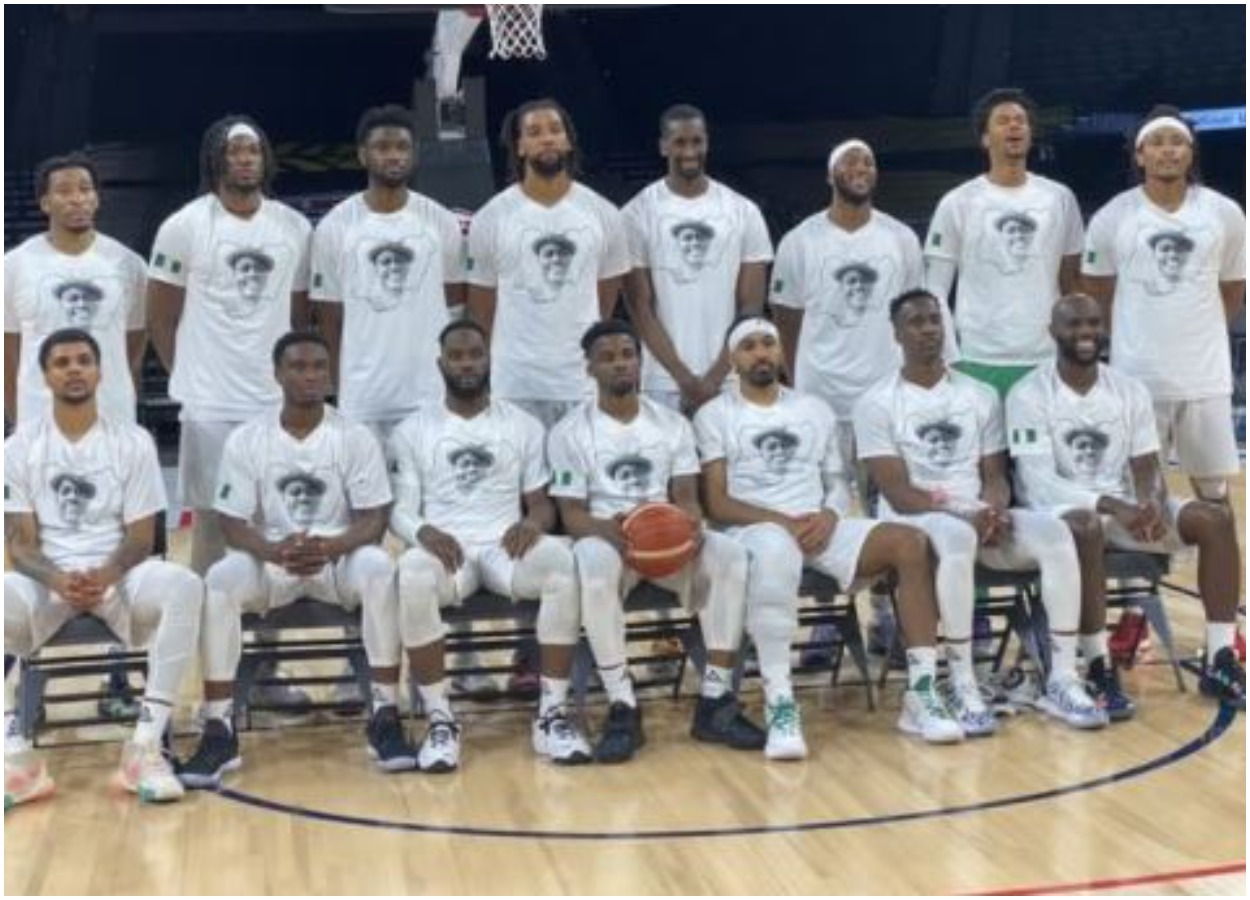 Naija News reports that the late singer, Sound Sultan died on Sunday at age 44 and was buried in the United States of America according to Islamic rights.

In the video shared on social media, the players were seen rocking shirts embroil with the late singer’s face against their game with Australia

They also had dedicated their victory over Team USA to Sound Sultan, who was a huge fan of Basketball and contributed a lot to the Basketball scene in Nigeria before his sudden death. 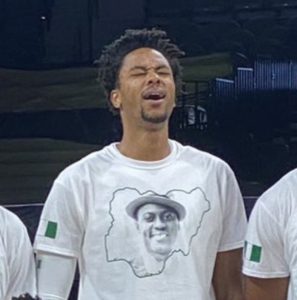 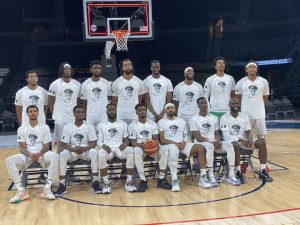 Meanwhile, the Lagos State Governor, Mr. Babajide Sanwo-Olu, has extended sadness whilst sending his heartfelt condolences to the Fasasi family over the death of  Sound Sultan

The Governor urged the deceased family, friends, associates, fans and entertainment practitioners to take the death of Sound Sultan as an act of God.

He said: “Sound Sultan’s death is painful. He was a bundle of talents, who used his God-given gift to advance the course of mankind. His music, artistry and interest in sports were all donated at every point for the development of humanity.”

Sanwo-Olu added that: “No doubt the death of a loved one is usually painful because it is irreparable but we must always take solace in God especially if the deceased had lived a good and fulfilled life, just like the late Olanrewaju Fasasi, who was a celebrated singer, comedian, rapper, songwriter and actor during his lifetime.

“Sound Sultan will be sorely missed by his family, friends, fans and the Nigerian entertainment industry as one of the pacesetters of modern hip hop music in Nigeria.

“Sound Sultan who was notable for using his music to speak against poverty, corruption, bad governance and societal ills in Nigeria, has left a vacuum that would take some time to be filled”.

“I sympathise with Sound Sultan’s widow, children, siblings, family, fans and colleagues. I pray that God will grant the late Olanrewaju Fasasi eternal rest and grant the family the fortitude to bear the irreparable loss.”