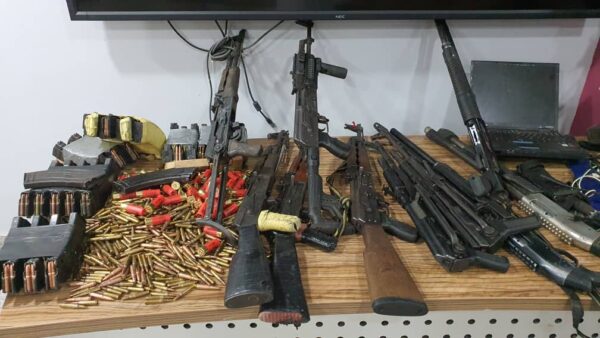 A Civil Society organisation, Save Nigeria Movement (SNM), has described the raid by the Department of State Services (DSS) on the home of a Yoruba nation agitator, Sunday ‘Igboho’ Adeyemo, as lawful and constitutional.

Recall that the DSS confirmed the raid on Igboho’s residence in Ibadan, Oyo State and recovered weapons and charms.

According to the DSS spokesman, Peter Afunnaya, Igboho’s home was raided after intelligence revealed that he was stockpiling arms ahead of the Yoruba Nation rally in Lagos State.

Afunnaya added that two people were killed during the raid and 13 of his supporters were arrested.

In a statement on Wednesday, convener of the movement, Solomon Semaka, noted that DSS did not contravene any law, adding that the raid was a “proactive sting operation”.

He, however, denied media reports that weapons were planted at Igboho’s home by DSS operatives.

The statement reads: “The press release by the DSS noted this exchange which led to the death of two of Igboho’s men and sustenance of injury by one operative.

“It is instructive to note that the DSS personnel are as well legally imbued with the powers of the police in the circumstance under reference.

“The Nigerian laws consider it a criminal offence for anyone to be in possession of charms.

“The Police ban of the rally was in order. We are all witnesses to the killings and destruction of property during the #EndSARS protests in Lagos. It was certain Igboho was going to rehash this.

“No responsible citizen or media organ would support violence as a means to an end. The fact remains that government and security agencies have continued to confront the menace of banditry and terrorism in the north and everyday day bandits and terrorists are pounded.”