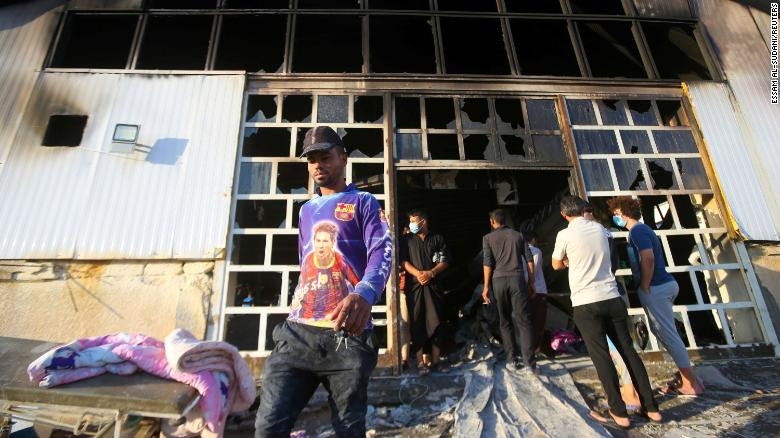 An inferno has caught up with a hospital in the southeastern Iraqi city of Nasiriya.

Naija News learnt that at least forty-one patients died in the fire incident with at least 5 people critically injured.

Confirming the horrible occurrence in a statement released to newsmen today, Dr. Ammar al-Zamili, the spokesperson for the local health department, said the fire incident happened on Monday night, July 12.

The inferno, Naija News understands was suspected to have started after oxygen tanks exploded in an ICU treating Covid-19 patients,

Al-Zamili said: “The civil defense teams managed to control and put out the major fire that broke out at al-Hussein hospital in the city with the help of health workers and neighborhood volunteers,” 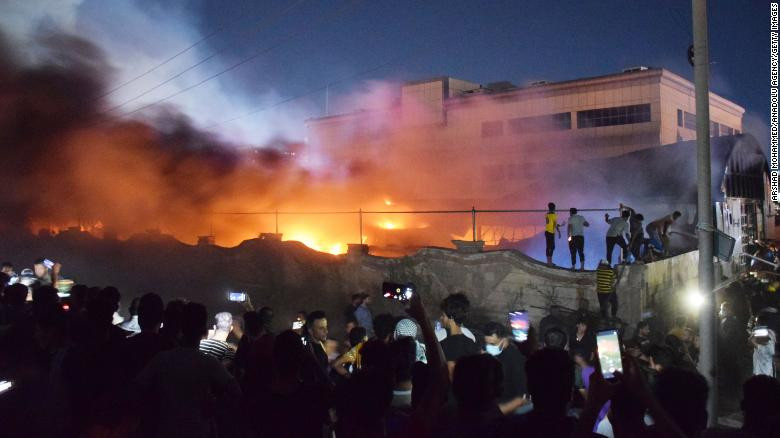 Health officials, however, could not confirmed the exact number of people including patients that were inside the building when the fire broke. It, however, noted that an evacuation operation is underway. Al-Hussein Hospital was set up to treat Covid-19 patients at the start of the pandemic and has quarantine stations on site.

In April, at least 82 people were reported  dead in a huge fire at a Covid-19 hospital in Baghdad. That fire had started after oxygen tanks exploded in the Covid-19 ICU.

Iraqi Prime Minister Mustafa Al-Kadhimi will hold an emergency meeting with a number of ministers and security commanders “to find out the causes and repercussions” of the deadly fire, the PM’s office said Tuesday morning, July 13. 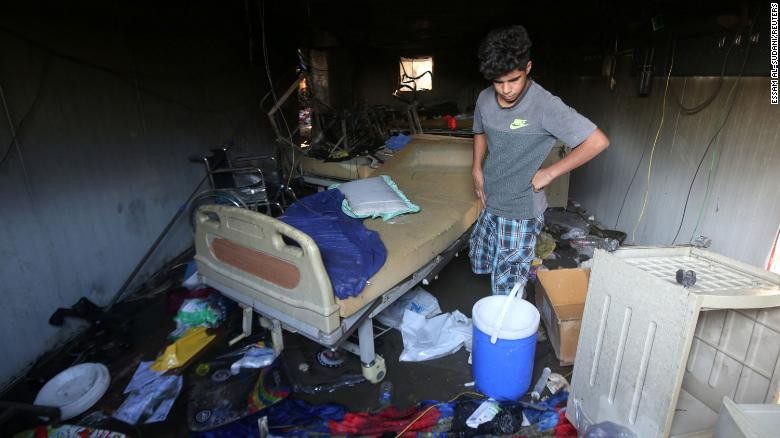 Iraqi Parliament Speaker, Mohammed al-Halbousi tweeted that the fire shows a failure to protect lives “and it is time to put an end to this catastrophic failure, and Parliament will shift today’s session to examine options regarding what happened.”