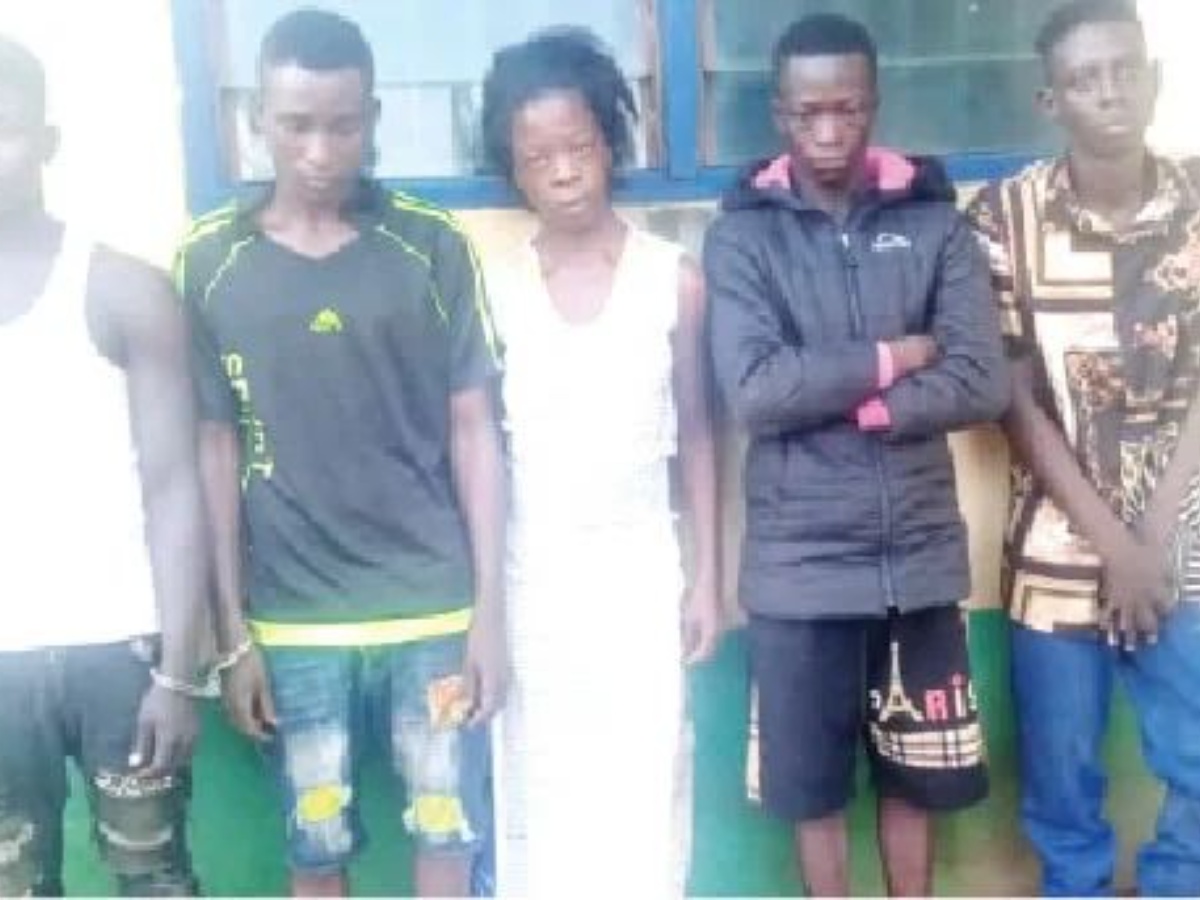 Naija News reports that the suspects were nabbed by men of the Nigeria Police Force in Ogun State.

The suspects met their dead-end while attempting to collect in cash N3,500,000 million ransom for an eight-year-old boy, Sadiq Abass.

Confirming their arrest in a statement made available to newsmen on Sunday, July 11, the state Police Public Relations Officer, DSP Abimbola Oyeyemi, said the suspects were arrested on Friday following a complaint lodged at the Ogere divisional police headquarters by the victim’s father, Riliwan Mohammed.

The PPRO said the five suspects conspired to kidnap and collect N3.5m from Mohammed.

The statement read partly: “The suspects were arrested following a complaint lodged at the Ogere divisional headquarters by one Riliwan Mohammed, who reported that he left his wife and three children at home at about 12 noon, only for him to receive a phone call from a strange number that his eight years old son had been abducted.

“He reported further that the caller demanded N3.5m as ransom if he wanted to see the boy alive.

“Upon the report, the DPO, Ogere division, CSP Abiodun Ayinde, quickly mobilised his crack detectives to go after the hoodlums.

“The detectives embarked on technical and intelligence-based investigation, which led them to the hideout of the suspects, where they were arrested and the victim rescued unhurt.”

Oyeyemi explained further that an order has been given by the state Commissioner of Police, Edward Ajogun, to transfer the criminals to the anti-kidnapping unit of the State Criminal Investigation and Intelligence Department for further investigation.