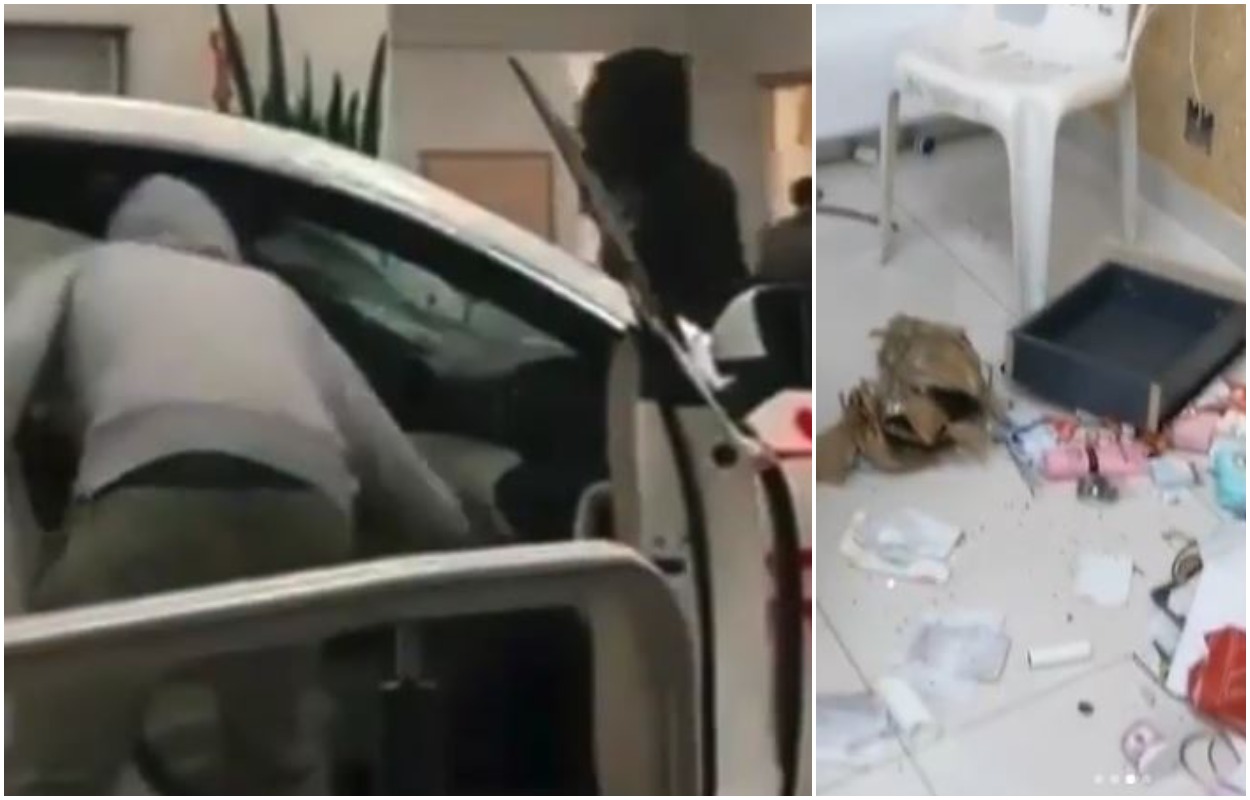 A Nigerian woman identified as Luchis_wardrobe has cried out on social media after everything in her shop was looted by protesting South Africans.

Naija News reports that angry South Africans took  to the streets to protest for the release of former President Jacob Zuma from prison, with protesters tolling the violent path.

This comes after Zuma, 79, was sentenced late last month for defying a constitutional court order to give evidence at an inquiry investigating high-level corruption during his nine years in office until 2018.

Zuma, however, challenged his 15-month prison term in the country’s top court which incited unrest.

Amongst victims whose shops were looted is a Nigerian lady, Lunchis, who lost all her skin care products and clothes, including a sofa.

This is what South Africans did to my store in 14 Brickhill Road, KwaZulu- Natal Durban. They looted everything and stole all my goods, they did not leave anything.. all my clothes and skincare products. Been out since 4am-midnight with my innocent little kid’s cos i don’t have a nanny. God help me ooo what have I done. Now they will say we foreigners are this and that, I curse these South Africans with tears in my eyes. please pray for me cos am heartbroken. I don’t know what to do.

A post shared by Minister Of Quality| WHOLESALE (@luchis_wardrobe_)