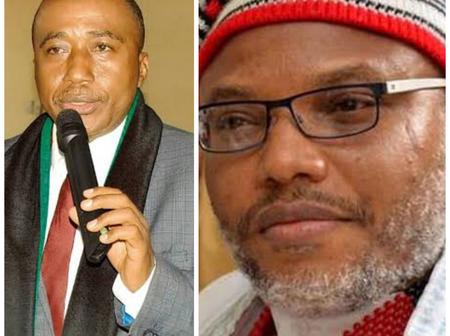 The self-acclaimed founder of the Indigenous People of Biafra (IPOB), Emeka Emekesiri, has again accused Nnamdi Kanu of hijacking IPOB from him and the originators of the group.

Speaking in a broadcast, Emekesiri stated that the arrested pro-Biafra activist built a “cult of gangsters.”

The self-acclaimed IPOB founder, who stated that he had made submissions for the actualization of Biafra before the National Assembly and court, stated that Nnamdi Kanu was not speaking for people of the Southeast.

Emekesiri said: “The original IPOB is still going on and nothing has happened to us, it’s just that those of you guys in the media, you promote the Nnamdi Kanu faction because he makes a lot of noise and you don’t want to promote the one that is before the Nigeria government.

“You can take a telephone now and call Aso Rock, call the Senate President and ask about us, they have our documents, they have our case and our papers are before the Nigeria authorities.

“So Nnamdi Kanu’s arrest concerns his own faction, his cult, he built a cult of gangsters and so he is not speaking for us. Let it be known that Nnamdi Kanu does not speak for the Igbo nation.”

Recall that Nnamdi Kanu was reportedly rearrested in Kenya and extradited back to Nigeria on the 27th of June, 2021.