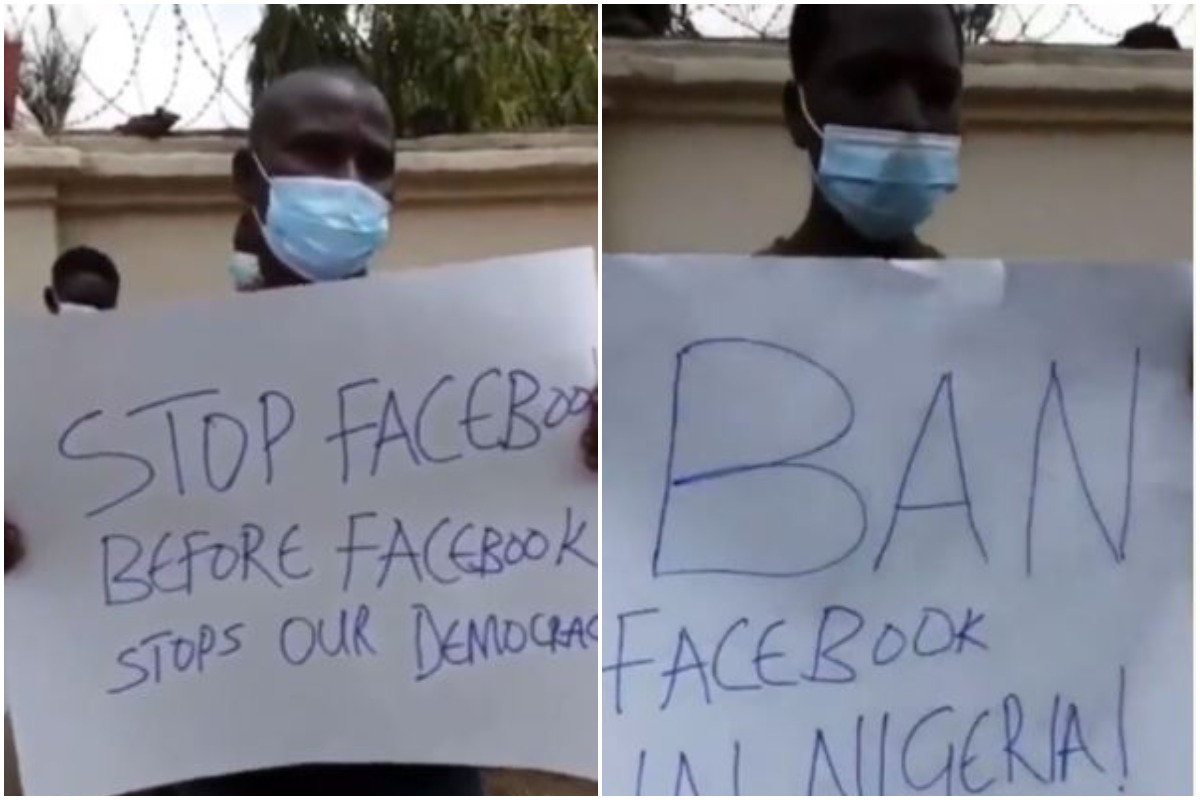 Following the ban on the operations of the microblogging site, Twitter, a Nigerian group has called for the permanent ban of Facebook.

The yet to be identified group stormed the Ministry of Justice sited in Abuja, to submit the petition.

According to the leader of the group via his Facebook page revealed that the call for the ban of Facebook is on the grounds of censorship of posts by Facebook, denial of free speech by Facebook, Limitation of followership and many more.

The group said it was heading to the Ministry of Information to establish the case and see to it that Facebook is banned permanently in Nigeria.

The leader of the group stated that Facebook is a threat to Nigeria’s democracy hence it shouldn’t be allowed to operate in Nigeria.

This platform earlier reports that the Minister of Information and Culture, Lai Mohammed, on Friday, in a statement released by his media aide, Segun Adeyemi, announced the suspension of Twitter’s operations in Nigeria indefinitely.

Mohammed also directed the National Broadcasting Commission (NBC) to immediately commence the process of licensing all OTT and social media operations in the country.