According to Kemi via her Facebook, Nnamdi Kanu is likely to lose his British citizenship due to his several attempts to destabilize a commonwealth country. She also added that he’d not be able to travel to the United States, as his British passport has been banned from use to travel into America.

Read her post below; ‘#BREAKING (NEW) ‘1. Nnamdi Kanu is 95% likely to lose his British citizenship due to several attempts to destabilize A COMMONWEALTH COUNTRY. Instead of fighting Buhari face to face, he chickens out calling for the British Home Office. Now those ones want to get rid of him from their diplomatic baggage.

2. The US State Department is reportedly placing Nnamdi Kanu and IPOB counterparts on a No Fly list. They cannot fly into the US. IPOB boys are denied visa entry and Kanu’s British passport banned from use to travel into America. Continue worshiping your leader who will ultimately ruin your life.’ 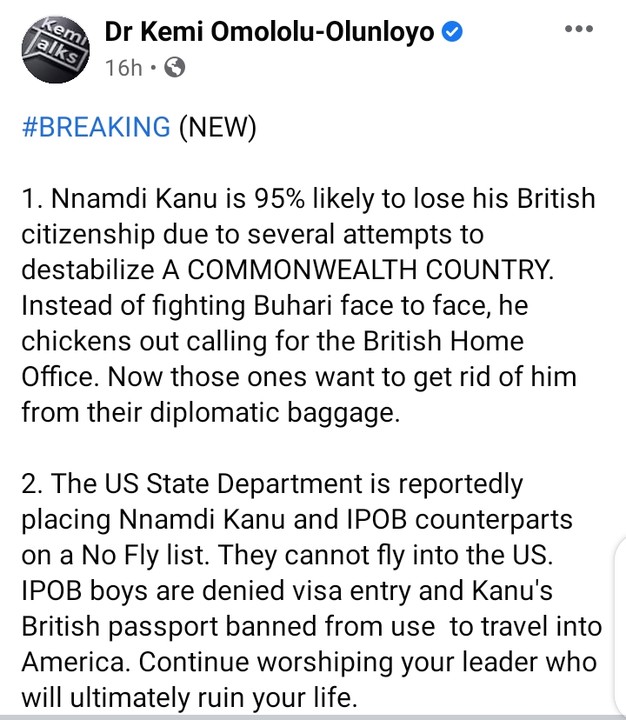