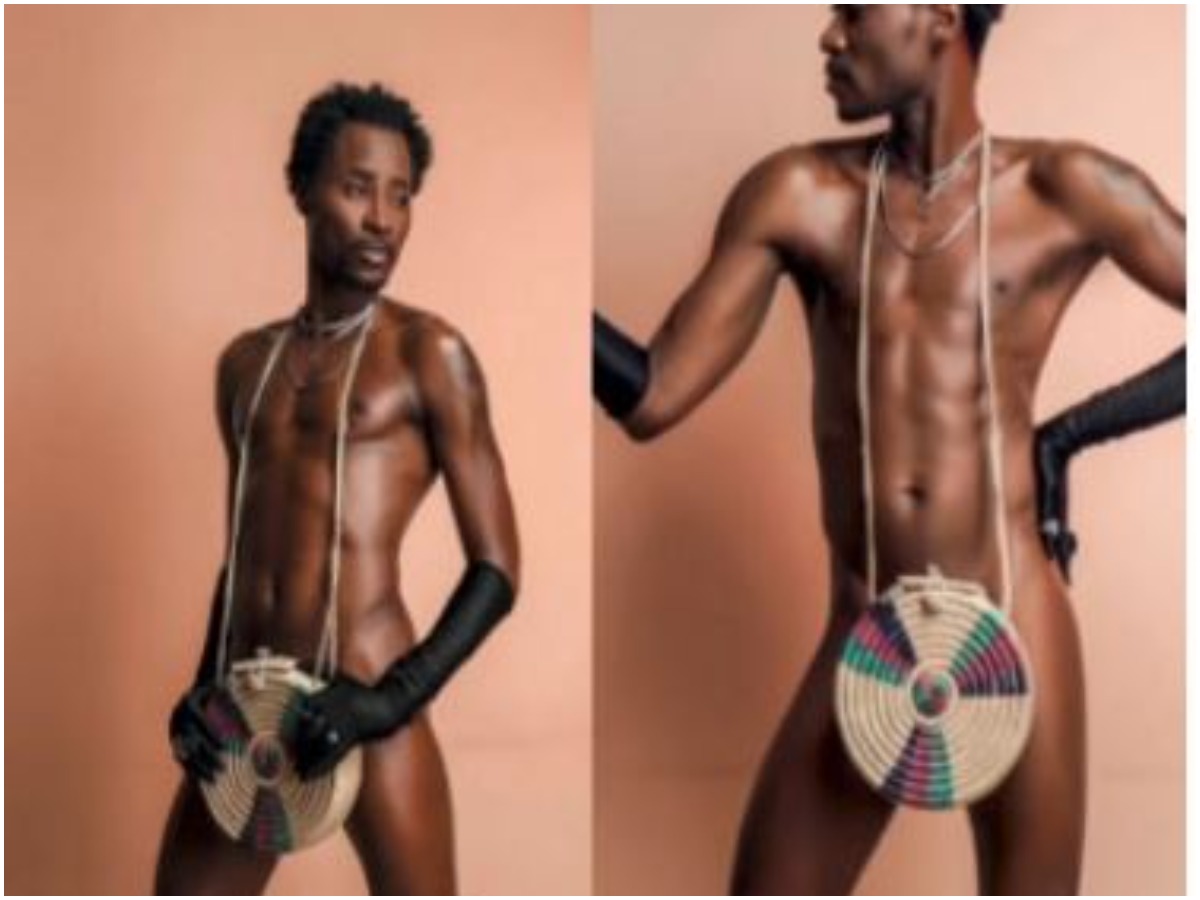 The controversial activist via his Instagram to share a video collage of new photos he took recently took posing nude.

In one of the photos, Bisi was only wearing a thigh-high leather boot as he covers his male part with a fashion bag.

Check out some of the photos below; 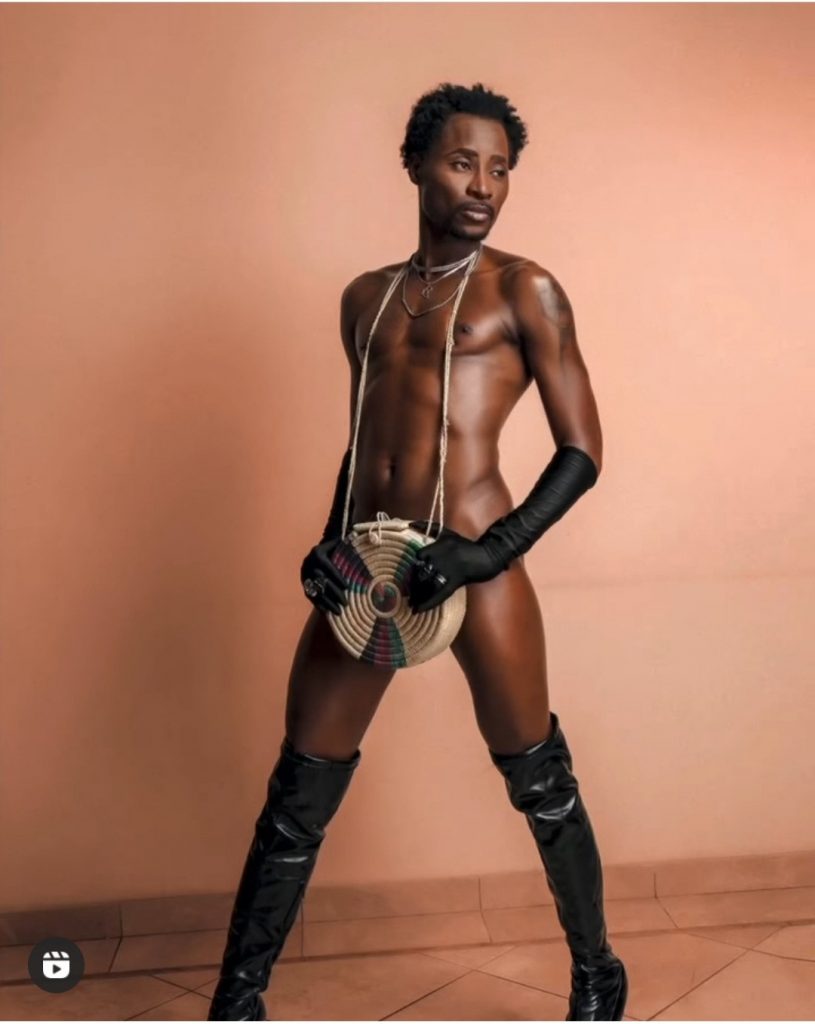 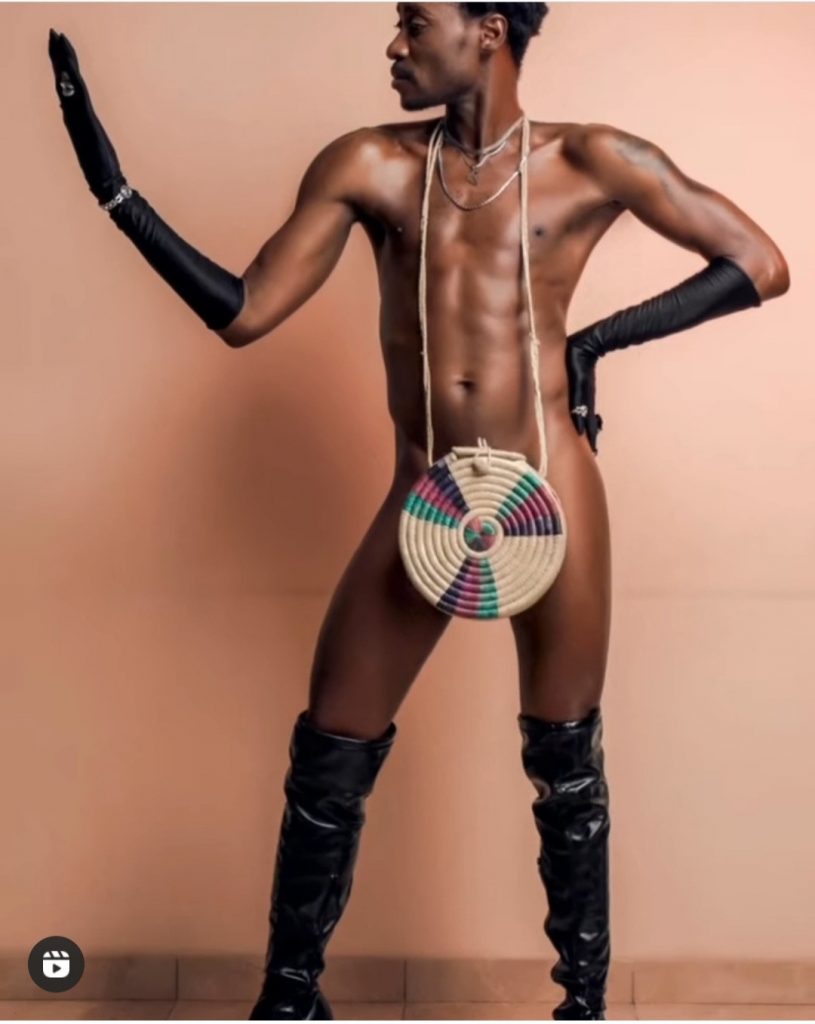 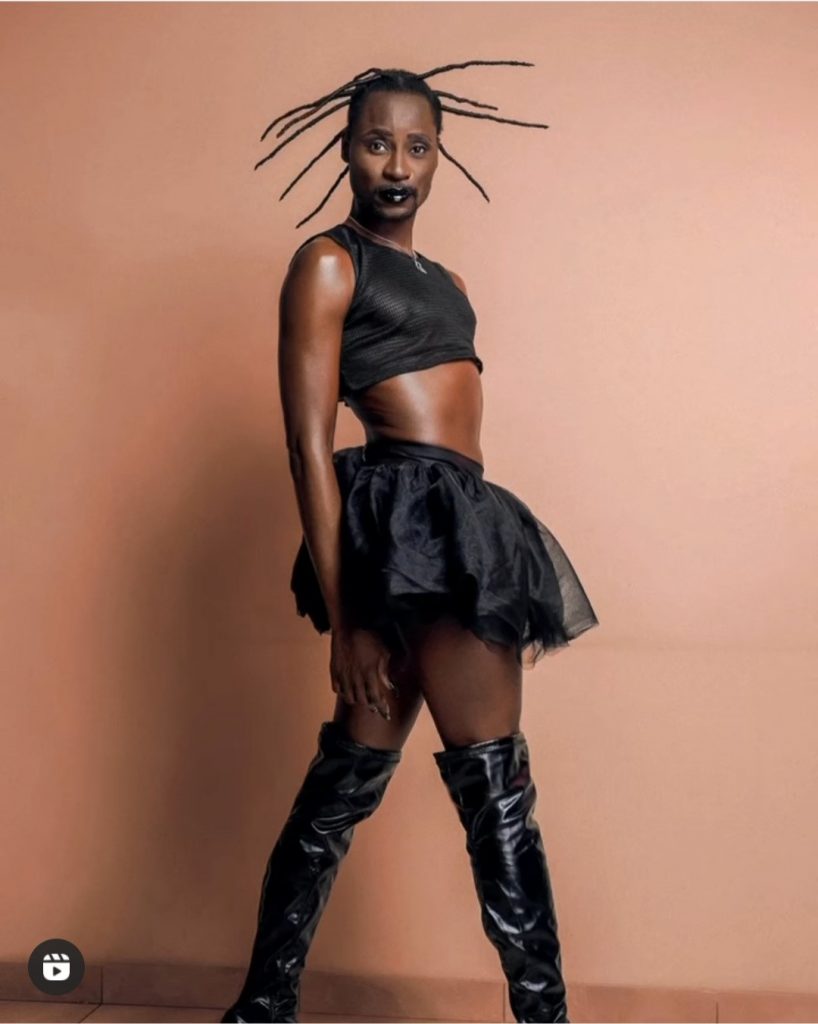 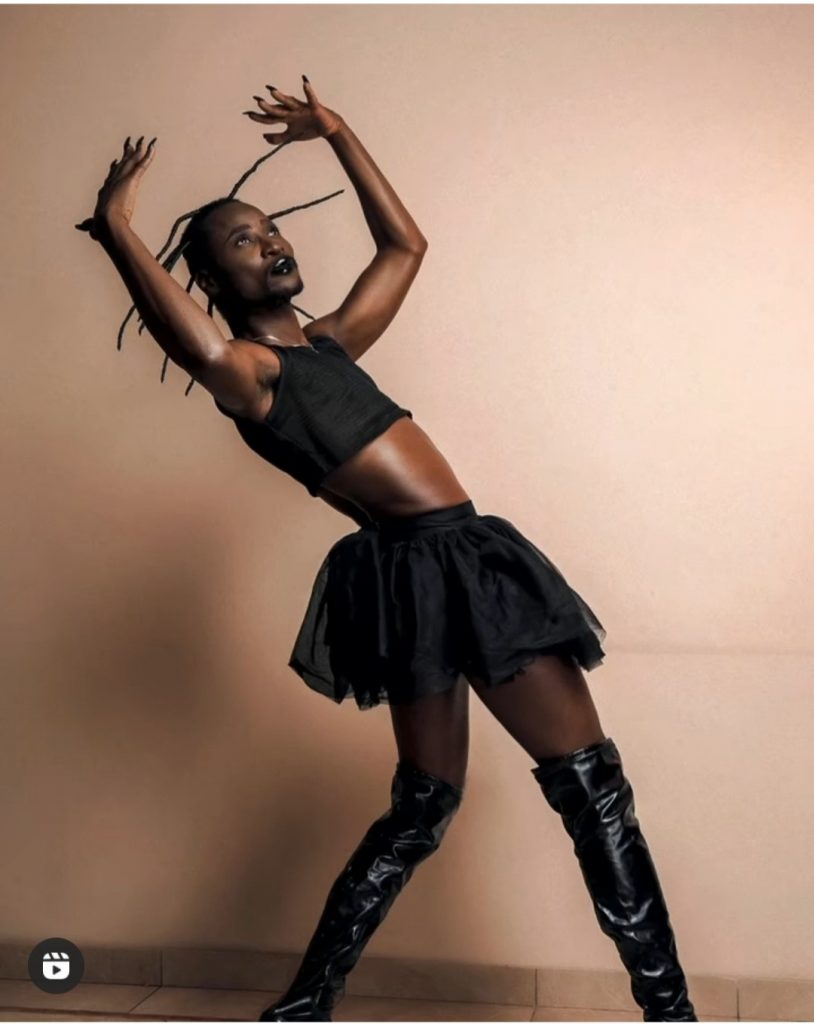 Meanwhile, Bisi Alimi has taken to his Twitter to advise gay men on what to do when they like a straight man.

He further advised straight men on how to handle propositions from gay men.