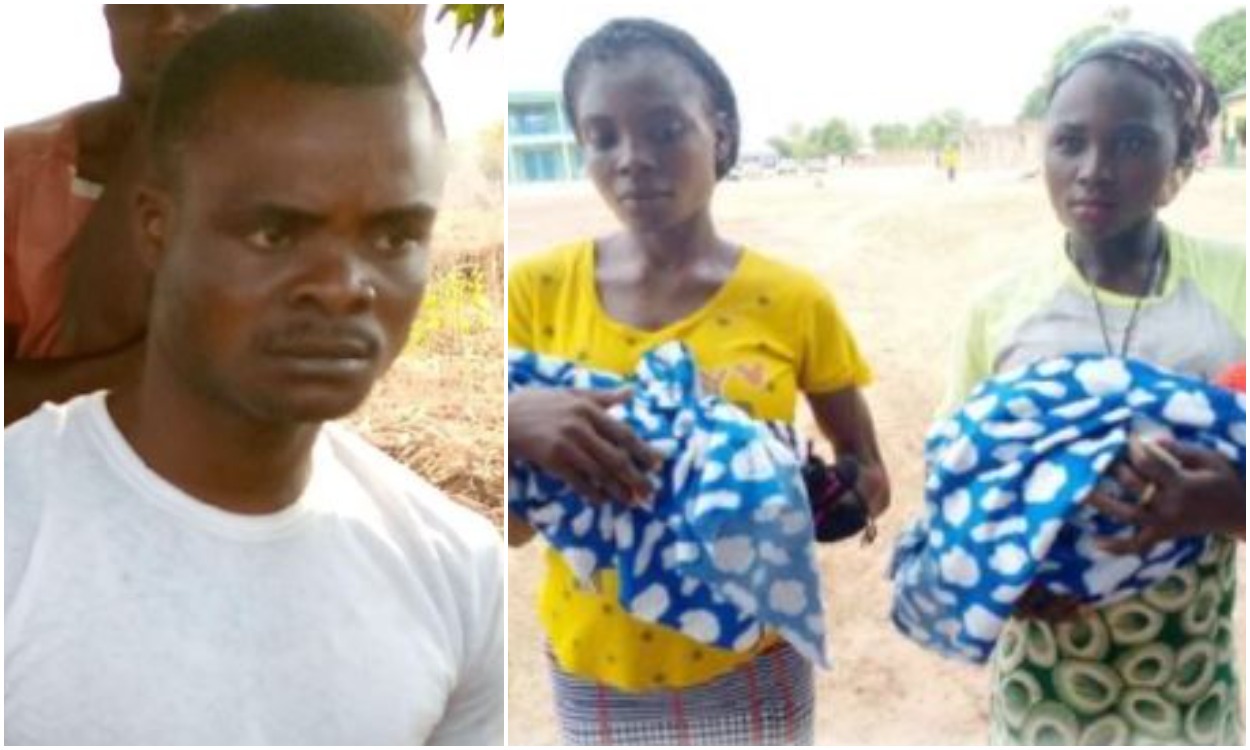 Twin sisters who were both pregnant for their mother’s lover planning to marry her after losing her husband, have welcomed their child two months apart.

Naija News gathered that mother of the twin sisters, Mrs Alice Ukange, threatened to take her own life, saying that she cannot be alive to see “the shame” meted out to her by Philomina and Patricia.

It all started after the poor mother had met Mr. Angwe, an indigene of Vandeikya Local Government Area, Benue state, in 2017 while the latter was in Nasarawa State to transact his business, which was buying raw food items from the local farmers and taking them to the Southeast to sell at higher prices.

In no time, Angwe, who had lost his wife and two kids in a fatal accident on Katsina Ala Road in Benue State and was yet to remarry, became a part of the family, rendering finance assistance to Alice’s female twins to meet their basic needs; a development that soon drew the twins very close to him.

Later, Angwe and Alice began a joint business, buying yams from local farmers in Nasarawa State and transporting them for sales at higher price in Lagos and Port Harcourt. The business flourished with Alice always on the road while Angwe took care of the home front and made arrangements for new stocks.

Known as a father figure to the twin sisters, Angwe allegedly started enticing them with luxury items and seized the chance to sleep with them at different locations until he got both of them pregnant.

Related Topics:Nasarawa State
Up Next