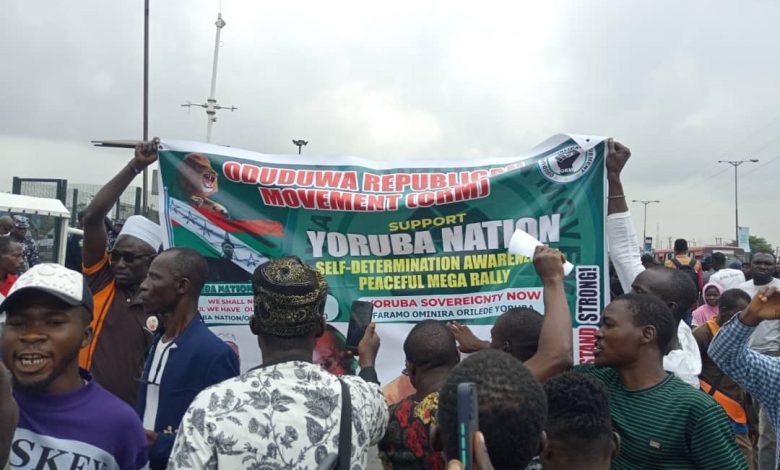 The Yoruba Nation agitators gave the warning while protesting at the Gani Fawehinmi Park in Ojota, Lagos on Saturday.

The agitators also carried different placards with inscriptions such as “Leave Igboho alone”, “Igboho Oosa”, “Igboho is not the problem, arrest terrorists and bandits”.

The agitators included traditionalists, traders, women and youths, who chanted songs in support of Yoruba Nation and Igboho.

However, the protest has since been disrupted by the police who fired tear gas and used water cannons at the agitators.

It was gathered that the bullets fired by the security operative had severed the stomach of the 14-year-old girl.

She was reportedly displaying drinks at a shop when the bullet hit her.

Her body has been covered with a piece of cloth as a crowd gathered at the spot. The lifeless body of the unknown girl was crowded by sympathisers at the scene.