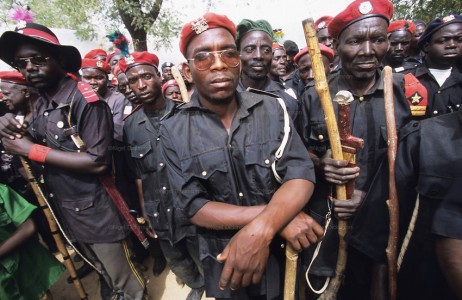 Vigilantes have overpowered a kidnapping gang operating in Niger and Kogi States and killed three of them.

Naija News learned that three of the kidnappers were killed during a gun duel with the vigilantes in Kogi State on Wednesday afternoon.

Commenting on the feat, the Chief Press Secretary to the governor, Muhammed Onogwu, said the state’s security architecture has continued to stand the test of time and has recorded successes against several criminal elements.

He said the continued efforts of the Kogi State government to keep the momentum as the safest state in the country is so far yielding good results.

He noted that the governor has severally made commitments to securing the lives and property of the citizens as well as make the state a no go zone for criminal elements.

Onogwu attributed the successes in the fight against criminalities to the collaborations and synergy among all the security operatives.

The governor’s media aide asserted that Bello would not relent in ensuring that the security operatives at all levels were adequately empowered to facilitate a safe Kogi State.