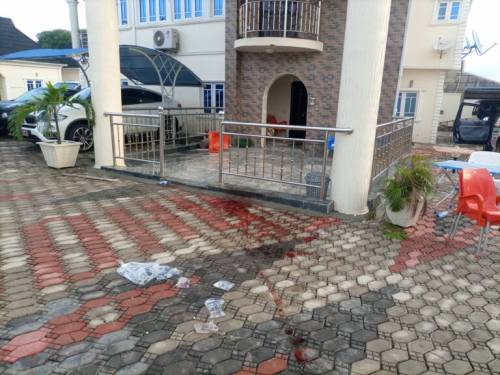 The Department of State Security has taken over the residence of Yoruba Nation agitator, Sunday Igboho, in the Soka area of Ibadan, Oyo State.

This is coming after operatives of the secret police attacked Igboho’s residence, killing two of his allies and arresting twelve others.

The DSS in a press conference in Abuja on Thursday night paraded some exhibits and people who were arrested during an invasion of his house on Thursday.

According to SaharaReporters, when the area was visited on Friday, it was observed that the DSS has taken over the property.