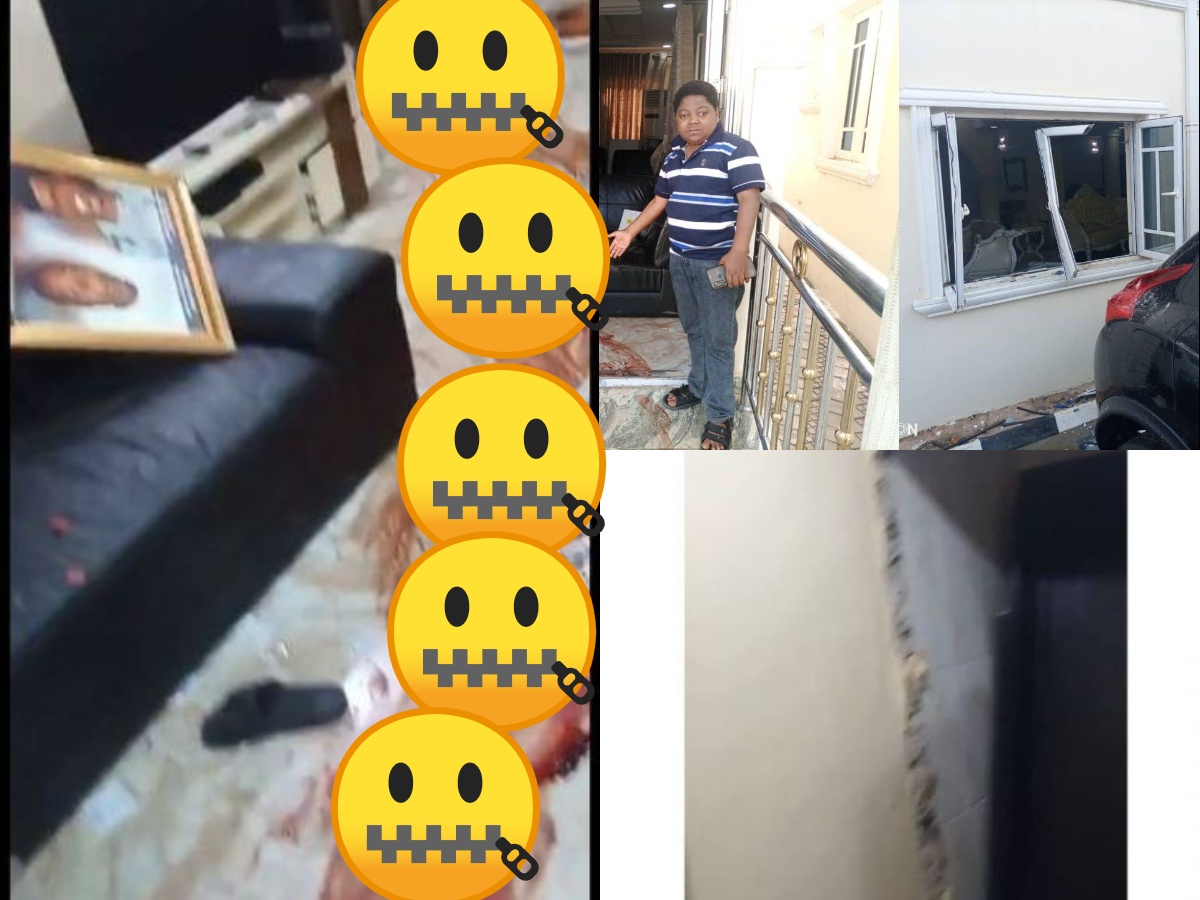 While the nation is still left in the dark on the identity of the gunmen that attacked the residence of the Yoruba Nation freedom fighter, Sunday Adeyemo, better known as Sunday Igboho, an inside view of the house has been captured.

Naija News reports that the latest attack was made known by the media aide of Igboho’s spokesperson, Mr Olayomi Koiki, in a live video. Koiki stated that the Thursday midnight attack was carried out by some men in Nigerian military uniforms.

It was claimed in another report that the gunmen took away Igboho’s cat when they didn’t see him. According to them, “it might be Ighoho that turned to the cat,” so they took it away.

Many hours after the incident which has received a barrage of reactions from agitators of Yoruba Nation and concerned Nigerians, The PUNCH shared a video of the activist’s house located in Soka, Ibadan, capital city of Oyo State.

In another news, the Defence Headquarters says the troops of Operation Awatse have arrested a suspected member of Islamic States West Africa Province (ISWAP) in the Sango Ota area of Ogun State.

Naija News reports that Acting Director, Defence Media Operation, Brigadier General Bernard Onyeuko, disclosed this on Thursday while briefing newsmen on operations of the armed forces between June 18 and June 30 on Thursday in Abuja.