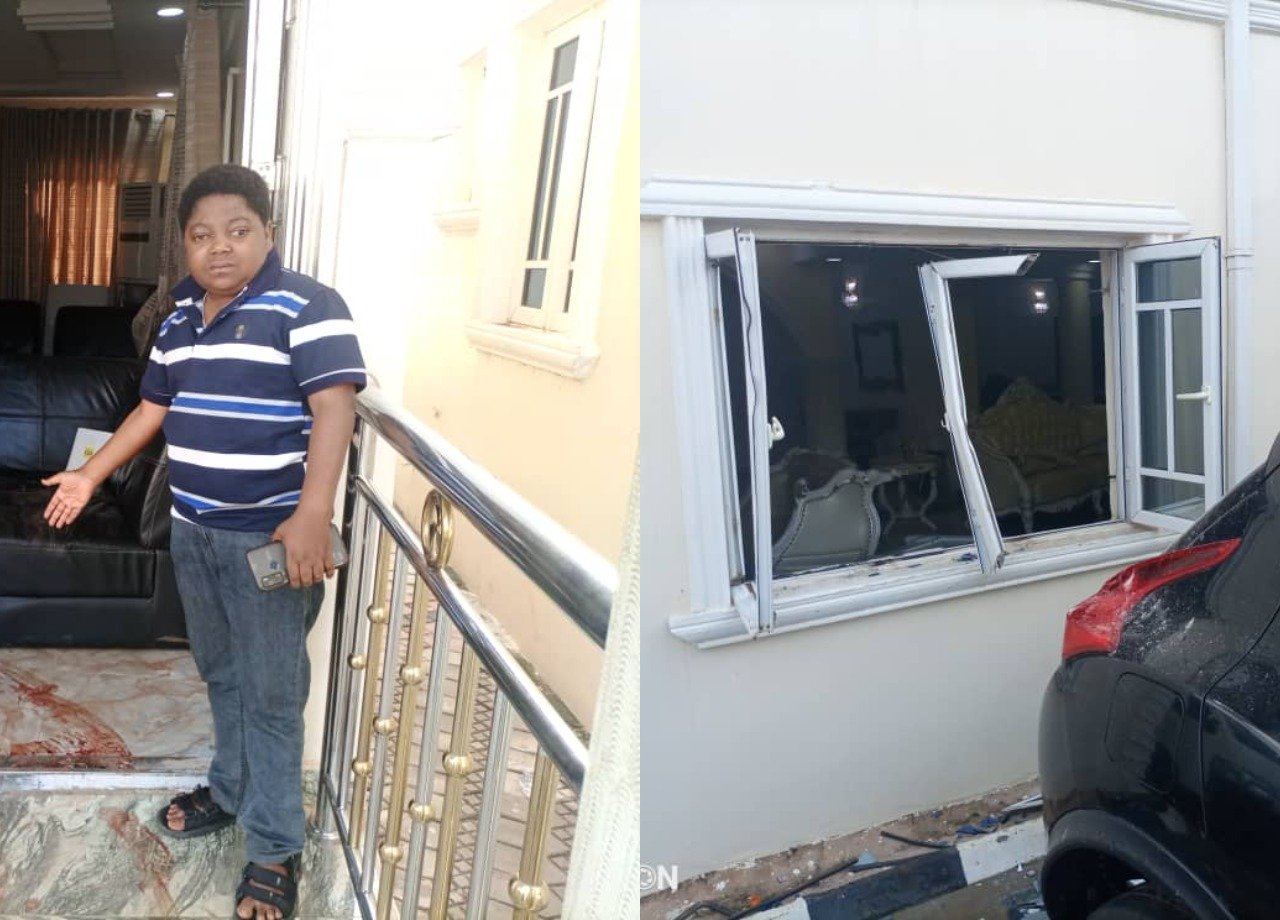 More details have emerged despite the Nigerian Army and the Federal Government of Nigeria maintaining its ignorant on the attack on the residence of Yoruba activist, Sunday Igboho, by gunmen.

Naija News had reported that the house of the Yoruba Nation agitator located at Soka area in Oluyole Local Government Area of Oyo State was allegedly invaded around 2 a.m. on Thursday.

The attack was confirmed by Igboho media aides, Oluyomi Koiki and Dapo Salami. Many of the close associates of

Reports from associates to Igboho claimed that his house was attacked unlawfully by security agents, of which some of the invaders allegedly came in military camouflag.

One of Igboho’s loyal who is also an occupants of the house attacked, Mr. Johnson told newsmen that he hid himself somewhere in the house while the operation was carried out at midnight.

Insisting that some people were killed in the attack, Johnson said: “They came with many Hilux vehicles. They were in military uniform. Some have inscriptions of DSS.

“They were asking people where is Chief. They killed some people.”

Mr Johnson disclosed further that a Muslim cleric who is also in the house observing Nafilah was killed.

Till this time of reporting, the Spokesmen of the Oyo State Police Command, Mr. Adewale Osifeso and that of 2 Division Nigerian Army, Odogbo Ibadan, Major I.O. Iweha are both yet to respond to calls and messages out through to them.