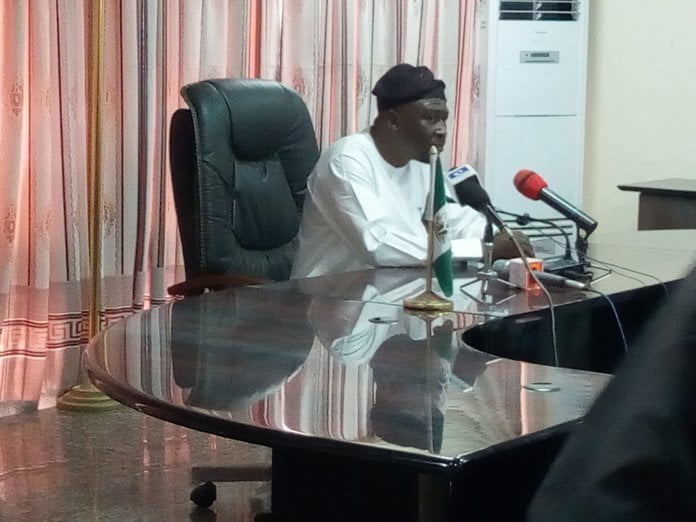 Governor Ahmadu Fintiri of Adamawa State has spoken on his reported planned defection to the All Progressives Congress (APC).

Naija News reports that social media had been flooded by reports from APC loyalists insinuating that Fintiri would soon decamp to the APC.

Reacting in a statement on Thursday through his Director of Media and Communications, Mr. Solomon Kumangar, Fintiri denied speculations that he is set to dump the Peoples Democratic Party (PDP).

According to the Adamawa State Governor, he remains a PDP man and has no plan to leave for any other party.

He stated that he is not contemplating leaving the PDP, but that he is comfortably leading the party in Adamawa State to achieve development milestones for the people.

“He remains focused on the mandate of providing good governance to all parts of the state,” the statement said.

The statement from Government House in Yola added that it was not in the government’s culture to join issues with the opposition “social media warriors”.

Kumangar stated that nevertheless that it found it necessary to set the record straight.

“What is most important at this point is for Nigerians of all walks of life to join hands and surmount the challenges confronting the nation,” the statement concluded.