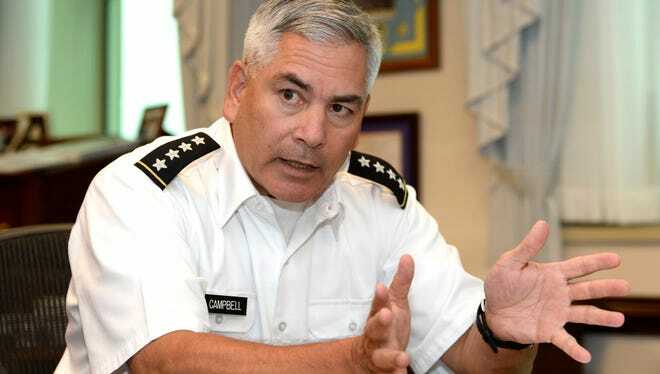 A former United States Ambassador to Nigeria, John Campbell, has reacted to the rearrest of the leader of the Indigenous People of Biafra (IPOB), Nnamdi Kanu.

Reacting in a post on his Twitter handle, Campbell cautioned the Nigerian government on the handling of Kanu’s trial.

According to Campbell: “Nnamdi Kanu, leader of the separatist Indigenous People of Biafra (IPOB), was apprehended abroad on June 27 and has been returned to Nigeria for trial. If the government botches Kanu’s trial, it risks further inflaming separatism.”

Meanwhile, Nnamdi Kanu has been accused by the Federal Government of orchestrating the killing of 60 people and the destruction of property in 55 violent attacks across the South East and South-South Zones within four months.

According to NAN, the Nigerian government disclosed this in a letter dated April 26, 2021 to western diplomats.

FG in the letter listed the atrocities allegedly committed by members of IPOB on the instruction of Kanu who was then in exile.

One of the attachments to the letter listed the attacks on lives and property by IPOB in some parts of the country between January and April 2021.

With several Kanu’s broadcasts from Europe, there were concerns in official quarters that some western countries were justifying IPOB’s violent acts under the guise of the group’s pursuit of self-determination.

According to the “demarche” from the Nigerian Ministry of Foreign Affairs to some western countries, the Federal Government objected to a statement by an agency of a western nation whose government had noted and admitted that the creation of Eastern Security Network (ESN), based on its own understanding, was to combat insecurity.