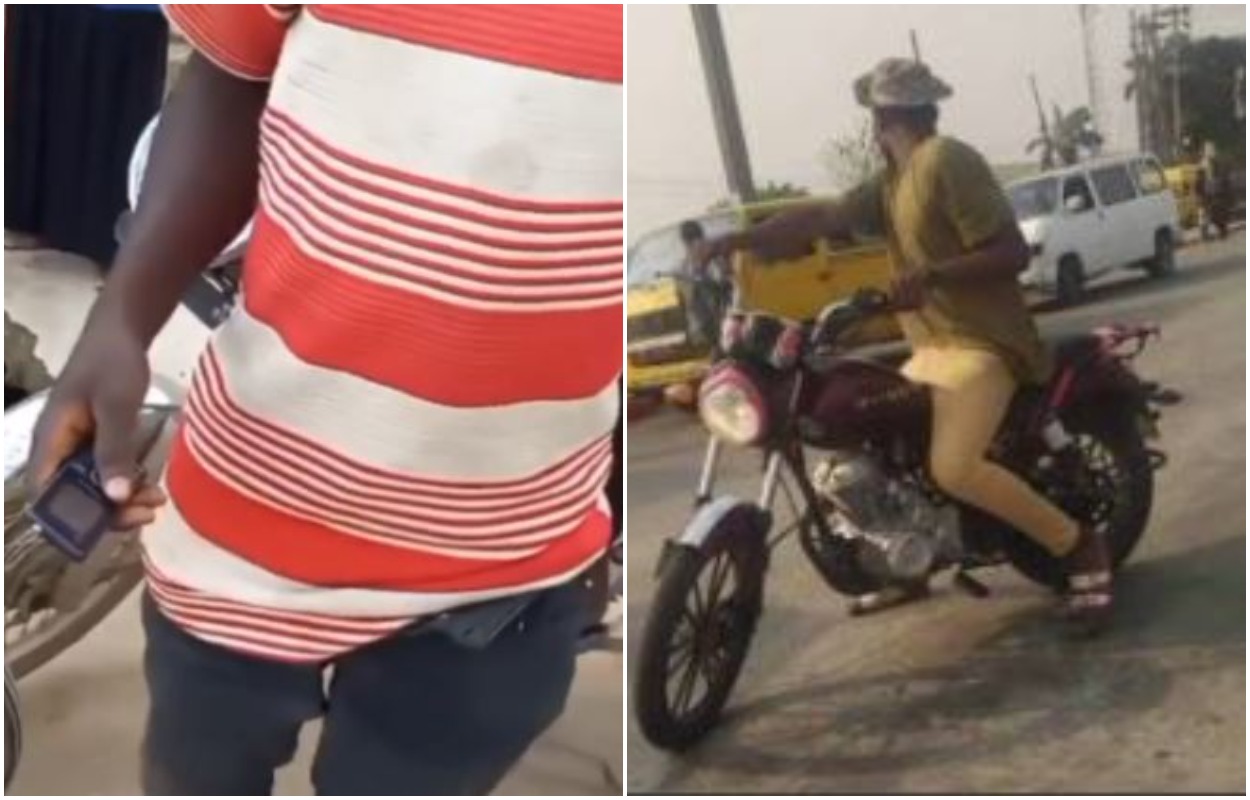 In the video that was shared on social media, the motorcyclist was surprised after he noticed his private organ wasn’t there after he dropped a yet to be identified passenger at his destination in Lagos..

The motorcyclist was seen in a viral video explaining that the man he carried is a “big man.” It was also gathered that the incident occurred in Ifako area of Lagos state.

Meanwhile, Nigerian pastor identified as Prophet Evidence Chikason has reportedly divorced his first wife, who is a mother of three children, Praise Chikason to marry his former choir mistress.

Naija News gathered that the prophet, who recently got married to a Helen, a former choir mistress has ordained her as the resident pastor of the Ughelli branch of the church.

Chikason and Helen was said to be having a secret love affair for long .

“They were so close and always travelled together, which made people not to suspect them earlier.

“They travelled together recently and were involved in a serious accident on their way back from the trip. The Toyota Prado SUV used was damaged beyond repairs. The suspicion of their secret affair grew after the accident.

“Problem started when the prophet’s first wife, Praise Chikason gave birth to their third daughter as he was expecting a male child. This led to trouble and frustrations in their home.

“The prophet then took a step further to pay the bride price of his suspected lover, who was the choir mistress. He also established a branch of the church in Ughelli and made the new wife a pastor of the branch,” a source said.

The source said Praise now prophesies,” “performs miracles and even sells anointing water in her own branch of the church.”