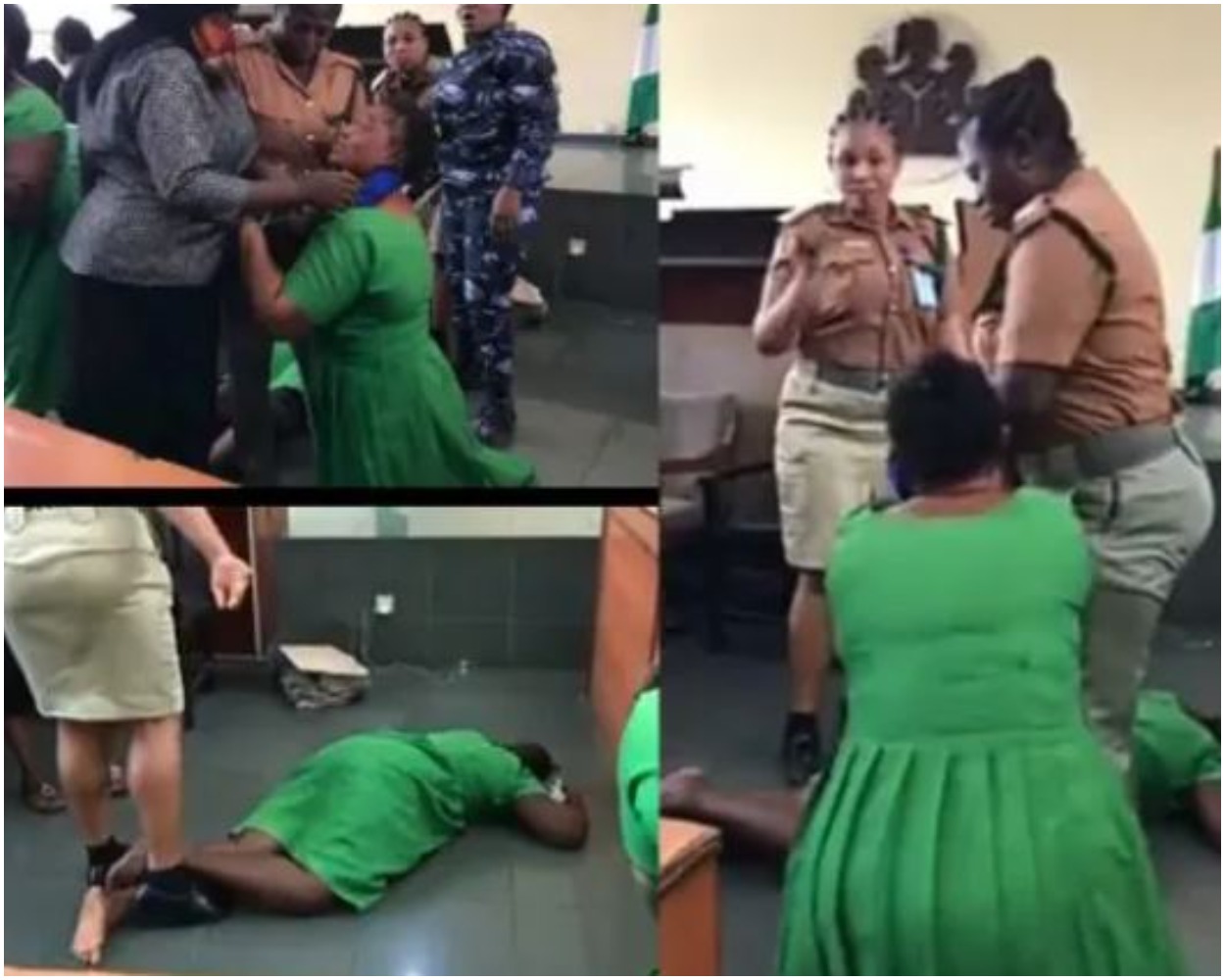 There was a mild drama at the Magistrate Court, Port Harcourt after two female defendants, Ada Ebere and Favour Godwin refused to be taken to prison after they were convicted

The defendants, Ada Ebere and Favour Godwin were sentenced to 10 years and 15 years imprisonment respectively for conspiracy, stealing, and child trafficking

Immediately after Chief Magistrate Felicitas Amanze pronounced their sentences that the ladies were guilty of all three charges, two of the women burst into tears and started rolling on the floor of the court while refusing to follow the two female Correctional Center Officers.
It took the combined efforts of officers to pull them off the floor and jointly handcuff them. 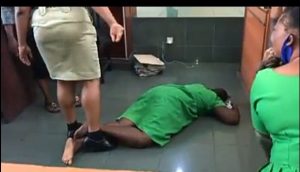 However, another female defendant, Kodirichi Nwankwo who narrowly escaped a jail sentence, for an offence that happened at Igbo-Etche in Etche local government area of Rivers State since 2018, for her role in the abduction and sale of four-year-old Uwana Emmanuel was praisiing and thanking God

The court discharged the first defendant, Kodirichi Nwankwo, for showing genuine remorse during the trial of the case, she was ordered to report every month to the court for two years.