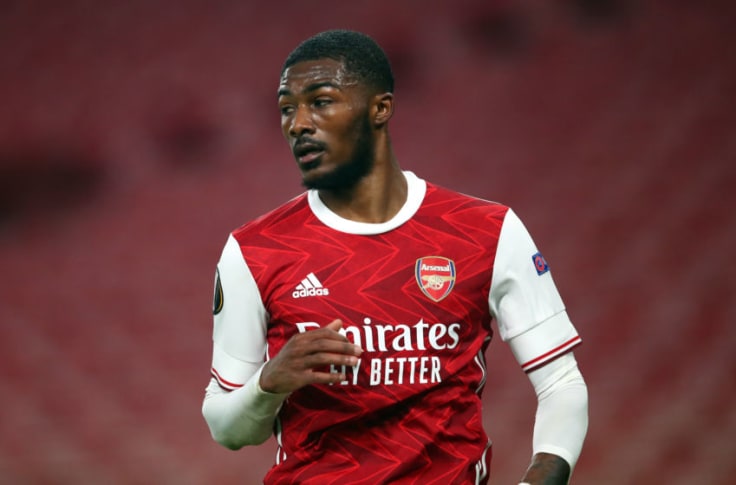 English professional football player who plays as a right-back and central midfielder for Premier League club Arsenal, Ainsley Maitland-Niles, has escaped death in a road accident.

Naija News learnt that the 23-year-old player on Wednesday, June 30 came out unhurt after he crashed his £105,000 Mercedes.

The car as seen in the photo below overturned on a motorway. Reports had it that the incident occurred on the M25 near Enfield, north London.

An Arsenal spokesperson confirmed that Maitland-Niles is currently at home safe. He said We’re aware of a car accident involving Ainsley Maitland-Niles. Ainsley is unhurt and at home.”

See a photo of the Arsenal player’s car below on the motorway. 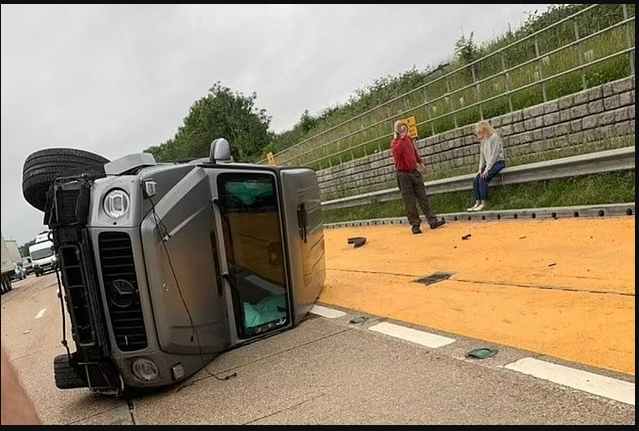 Metropolitan Police confirmed two cars were involved in the collision. A police spokesperson said: “Police were called at approximately 6:10 am to reports of two cars in the collision on the M25 anticlockwise carriageway at junction 25.

“Officers and London Ambulance Service attended. There were no reports of any injuries and enquiries into the circumstances are ongoing.”

In another news, Naija News reports that Borussia Dortmund midfielder, Jadon Sancho, is set to join English Premier League side, Manchester United, and will wear the No. 7 shirt at Old Trafford.