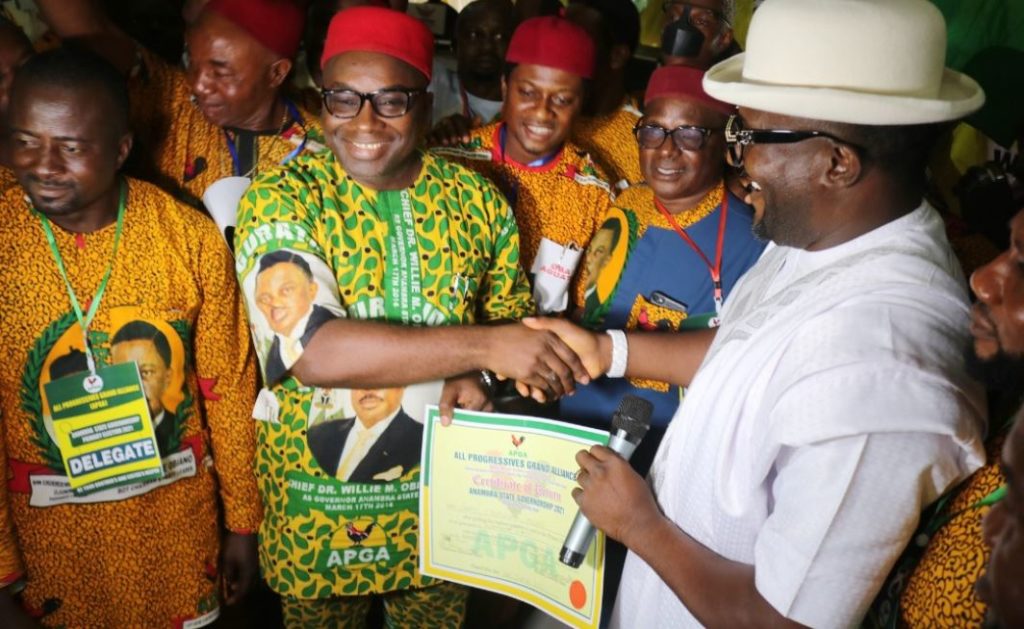 Hon. Chuma Michael Umeoji has emerged as the governorship candidate of the Jude Okeke-led faction of All Progressives Grand Alliance (APGA) for the Anambra election.

Naija News reports that Umeoji is a sitting member of the House of Representatives, representing Aguata Federal Constituency.

He was declared winner of APGA Primary conducted today, the 1st of July 2021, in Awka the Anambra State Capital.

A three-man adhoc delegates were drawn from each of the 326 wards, which came to a total of 978 delegates, number of statutory delegates stood at 160, while total number of delegates came to 1,138.

Speaking after his victory, Umeoji, who was presented with a certificate of return, promised to bring all warring parties together in one accord.

This online newspaper disclosed that the Victor Oye-led faction had picked former CBN Governor, Charles Soludo as its governorship candidate.

The primary election was monitored by a team from the Independent National Electoral Commission (INEC), led by Musa Hununu.

Deacon Samson Olaleye, who led a team from the APGA headquarters declared Soludo winner and handed him the certificate of return.