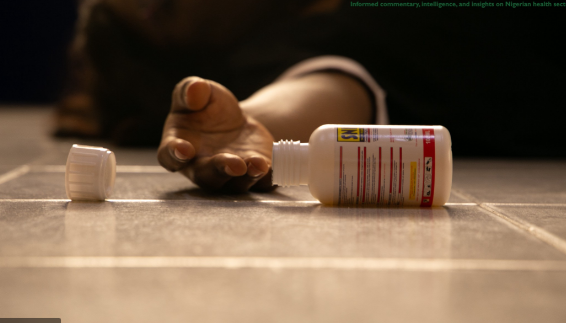 A woman in Roni, a town in the Roni local Government area of Jigawa State is reportedly receiving treatment in the hospital after her suicide attempt failed.

Naija News learnt that Dausiyya Dahiru, 20, had bought a snipper bottle in an attempt to commit suicide after she was divorced by her husband. Reports revealed that the victim bought the insecticide and used it in her food after she failed in her several attempts to stop her husband from marrying a second wife.

It was gathered that she and her estranged husband have been at loggerheads after he revealed his plan to take a second wife. Confirming the incident to newsmen in a statement, the state police spokesman, ASP. Lawan Shiisu Adam said the police in the area received information that the victim decided to kill herself because her husband divorced her.

Shiisu said the girl fainted immediately after taking the snipper and was rushed to the hospital in Roni for medical attention. He said the victim was responding to treatment, while the case was still under investigation.

It was learned that the children died after their sister who was on a visit to the family house from her matrimonial home decided to prepare Tuwo (local meal) from sorghum flour.