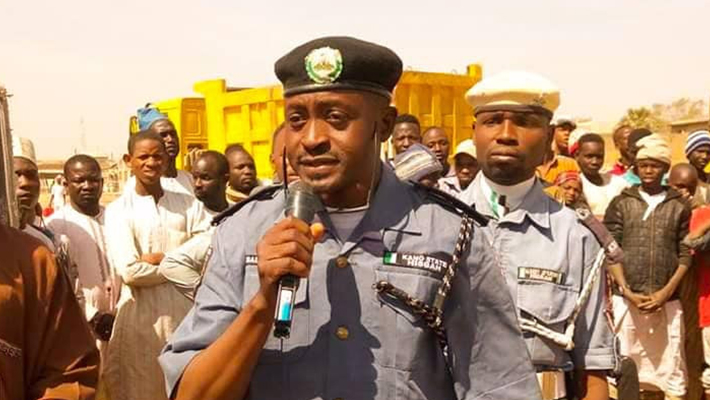 Kano State sharia police popularly known as Hisbah has banned the use of mannequins for displaying clothes in the state.

According to the sharia police, the use of mannequins is responsible for immortal thoughts among citizens of the state.

Naija News understands that Hisbah ordered tailors, supermarkets and boutique owners to stop the use of the object to display clothes in the public. The order was contained in a statement released on Wednesday, June 30 by the Commander General of Hisbah, Sheikh Harun Ibn-Sina.

Ibn-Sina stated the use of mannequins for advert purposes contravenes Islamic injunctions.

He said: “Hisbah prohibits the use of mannequins at shops, commercial and private residences and other public places.

“This violates Islamic provisions, it is also responsible for immoral thoughts among some members of the public, all these are against Islam.

“We have divided Kano into five areas for the monitoring and implementation of the ban across the state,” he said.

He also said that the agency would embark on sensitisation of the people to educate them on how Islam frowns on the use of the mannequins, while the agency will send its officials to apprehend and prosecute offenders.

Naija News had reported earlier that Kano Hisbah board arrested 40 teenagers for their alleged involvement in immoral acts, which according to the board are prohibited under the Sharia Law operating in Kano state

Similarly, the board on May 25, prohibited the sale of beer in the state, after it arrested a driver conveying bottles of beer from Zaria to Kano.