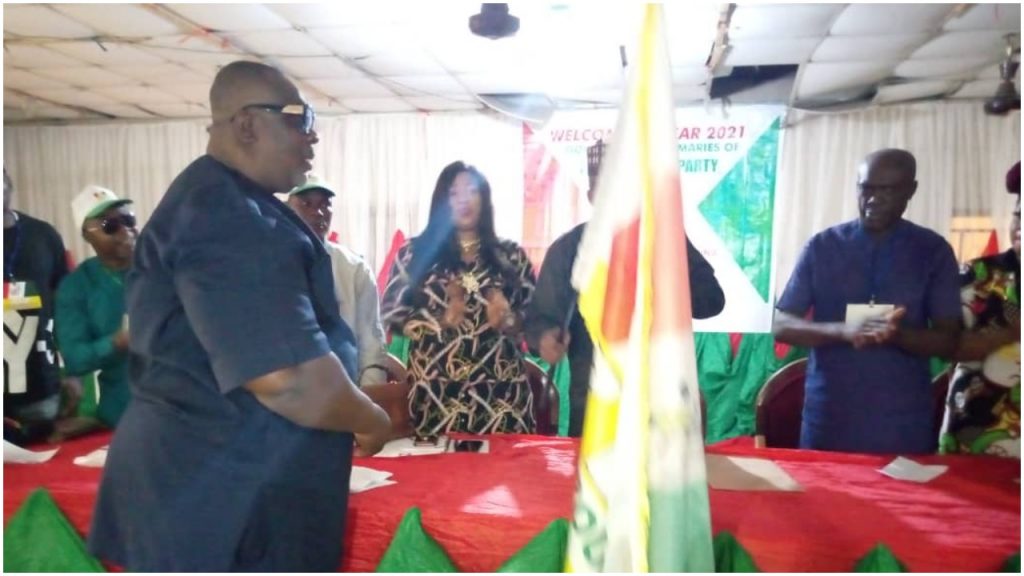 A politician and businessman, Uche Ugwoji, has emerged candidate of the Zenith Labour Party (ZLP) for the Anambra State governorship election.

Naija News reports that the Independent National Electoral Commission (INEC) had fixed November 6, 2021, for the election.

Ugwoji was unanimously nominated by the delegates at the congress held at Choice Hotel, Awka after going unopposed.

This online newspaper reports that the primary was conducted by a party panel chaired by Dr. Obiorah Ifoh, in line with section 87(6) of the Electoral Act as amended.

Ifoh said ZLP boasts of grassroots support in all the 326 electoral wards across the 21 Local Government Areas.

The chieftain likened the forthcoming contest in Anambra Anambra to the fight between David and Goliath.

“ZLP has gained political strength from different states and has become among the top five political parties,” he said.

Meanwhile, the Minister of Labour and Employment, Chris Ngige, has faulted the emergence of Senator Andy Uba as the governorship candidate of the All Progressives Congress (APC) in the coming November 6 election.

Naija News earlier reported that Uba was declared winner of the Anambra governorship primary of the APC held on Saturday.

The chairman of the APC primary election panel and governor of Ogun State, Dapo Abiodun, announced that Uba scored 230,201 votes to emerge as the APC flagbearer.

The former governor of Anambra claimed that there was no form of monitoring by officials of the Independent National Electoral Commission (INEC).