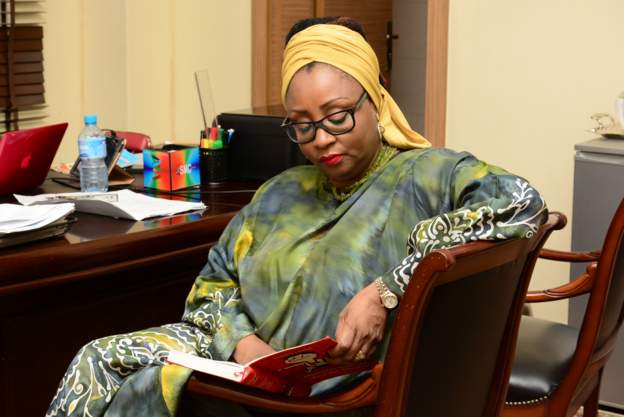 The wife of the Kaduna State Governor, Nasir El-Rufai, Mrs. Hadiza El-Rufai has been elected as the Chairperson of the Northern Governors Wives’ Forum (NGWF).

She emerged unanimously for a two-year tenure on Monday when new executive members were elected for the body, Naija News understands.

Speaking after her emergence, the new NGWF chairperson advocated that more opportunities should be intentionally provided for females in politics so they can contribute their quota to nation-building.

She urged lawmakers at both national and state levels to allocate “a certain percentage of seats for women”.

“This is because we cannot compete equally with the men. We all know this has a lot to do with financial strength and women are not strong financially”, she added.

Meanwhile, the Akwa Ibom State Police Command has denied reports that it transferred the case of Uduak Akpan to the Department of State Service (DSS).

Naija News reports that Uduak Akpa is the suspected killer of Iniubong Umoren, a job-seeking graduate in Akwa Ibom State.

Speaking to newsmen on Monday, the command’s Public Relations Officer Odiko Macdon said Akpan’s case file was at the Directorate of Public Prosecution (DPP), and the suspect remanded in the State Correctional centre.

He wondered why the police would hand-off the case after going through the rigours of arresting the suspect under 24hours of allegedly committing the crime, exhuming the victim’s corpse, and subjecting the same for autopsy.

According to Macdon, the command had enough evidence to prosecute Uduak Akpan and wondered why some people would assume that police had backed out of the case.