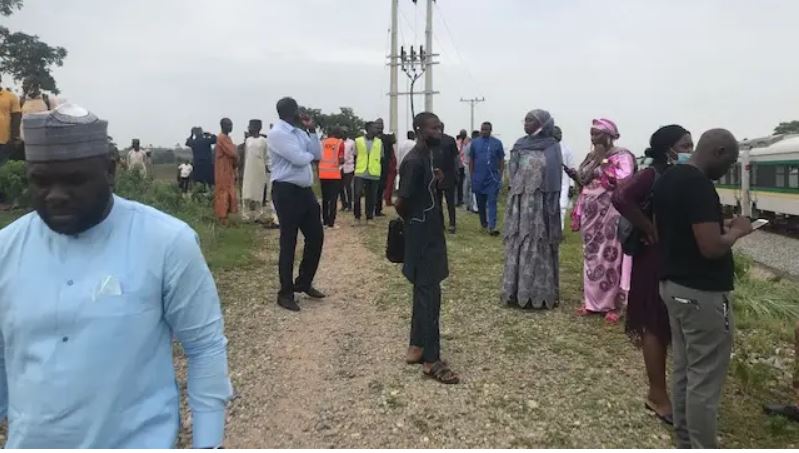 Passengers on the Abuja/Kaduna train were on Monday trapped in Dutse, Kaduna State after the train developed faults few minutes into the journey.

It was gathered that the train stopped twice before getting to Dutse, where it finally broke down.

An Assistant National Secretary of the Nigeria Union of Journalists, Midat Joseph, who is one of the passengers, said the train developed fault around 7:am.

“I left my house as early as 5:am to join the 6:40 am train but unfortunately I have been trapped here in this forest. This is not the first time I will be experiencing this mess.”

Another passenger said he had a similar experience on Saturday, adding that they spent six hours to get to Abuja.

“This is unfortunate. On Saturday, we spent five hours from Abuja to Kaduna. We left Abuja at 6:pm but we did not get to Kaduna until 11:pm,” he said.

An engineer of the NRC, who addressed the passengers, told them that it would take them two hours to fix the train.

He said, “We are very sorry, the locomotive is faulty. We have contacted the Idu Train Station for another locomotive. It would take them two hours to be here.”