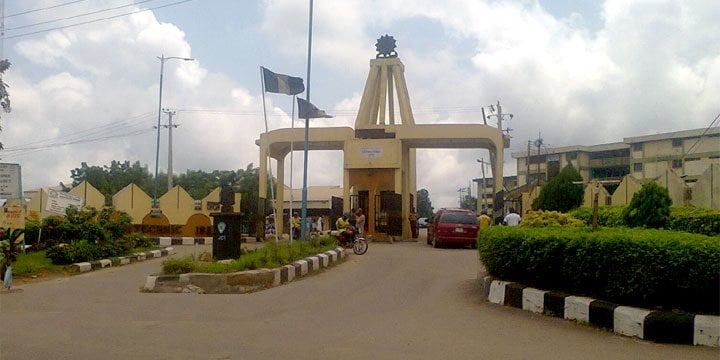 The management of the Polytechnic, Ibadan has suspended all public activities, including conferences, seminars, and workshops in the institution and its environment until further notice.

In a statement signed by its Registrar and Secretary to the Council, Modupe Fawale, the institution noted that the ongoing second-semester examinations will not be affected by the directive.

She further disclosed the decision was also part of efforts to curtail and monitor the continued Covid-19 precautions.

“By this, all deans of faculties, directors, heads of departments, religious bodies, students’ union, students’ representative council, all staff and members of the public are to kindly abide by this directive which takes effect from Sunday, 27th of June, 2021,” the statement read.

Meanwhile, a joint team of security operatives has arrested a notorious armed robber, Diamond aka Fowlboy suspected to be responsible for many acts of terrorism in Delta State.

Naija News understands he was gunned down during an exchange of gunfire by a team of security operatives comprising policemen and vigilantes in the Sapele area of the state.

The killing of the suspect attracted jubilation from residents of the area and its environs.

Three other members of his gang however escaped with bullet wounds at Amukpe axis in Sapele.

The police recovered weapons and items including one cut-to-size locally-made gun, a military camouflage sweater, and seven different phones from the suspect.

The armed robbers were said to be on a robbery operation in the house of one man (name withheld) in Amukpe Sapele when security operatives were informed.

They quickly mobilized to the scene and engaged the criminals in a fierce shoot-out.

Confirming the incident, the Delta State Police acting Public Relations Officer, DSP Bright Edafe said the police shot and injured the notorious armed robber who was rushed to the hospital where he was confirmed dead by the doctor on duty.