Governor of Zamfara State, Bello Matawalle has dumped the Peoples Democratic Party (PDP) and joined the All Progressives Congress (APC).

The presidential aide wrote ‘’So Zamfara is back home! Welcome, Matawalle’’.

However, the Governor is yet to confirm his defection officially. 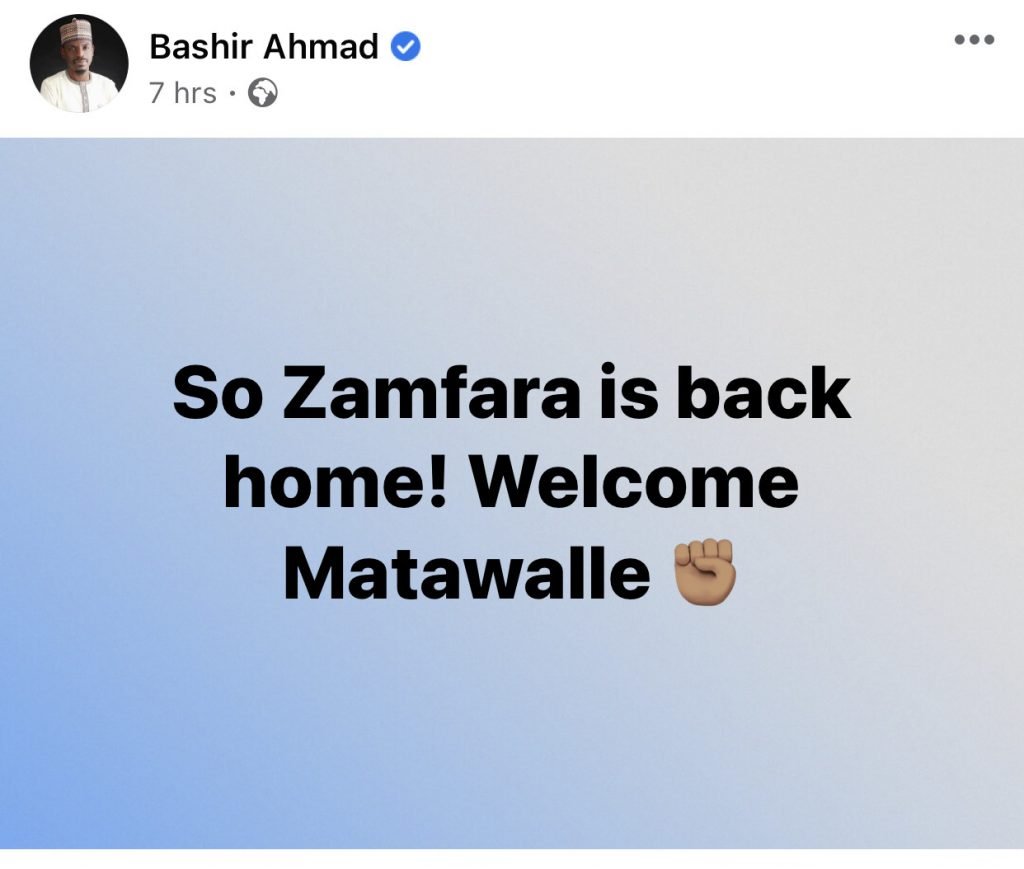 Recall that Naija News had reported that Matawalle is set to officially defect on Tuesday, June 29.

When his defection is made official he would join Governor David Umahi and Governor Ben Ayade who had recently dumped the main opposition party for the ruling APC.

It was gathered that APC national, state officers and other ruling party bigwigs have concluded arrangements to receive him in Gusau, Zamafara State capital.

National spokesman of the PDP, Kola Ologbondiyan, told Daily Sun that the headquarters of the party was not aware of Matawalle’s plans to defect as he had not officially notified them.

“He has not written to us. In a normal setting, if you are a member of our party and you want to leave, you should write. The governor of Zamfara State has not officially written to notify us that he will leave the party.

“On account of that, we cannot say we are aware of his plans,” Ologbondiyan said.