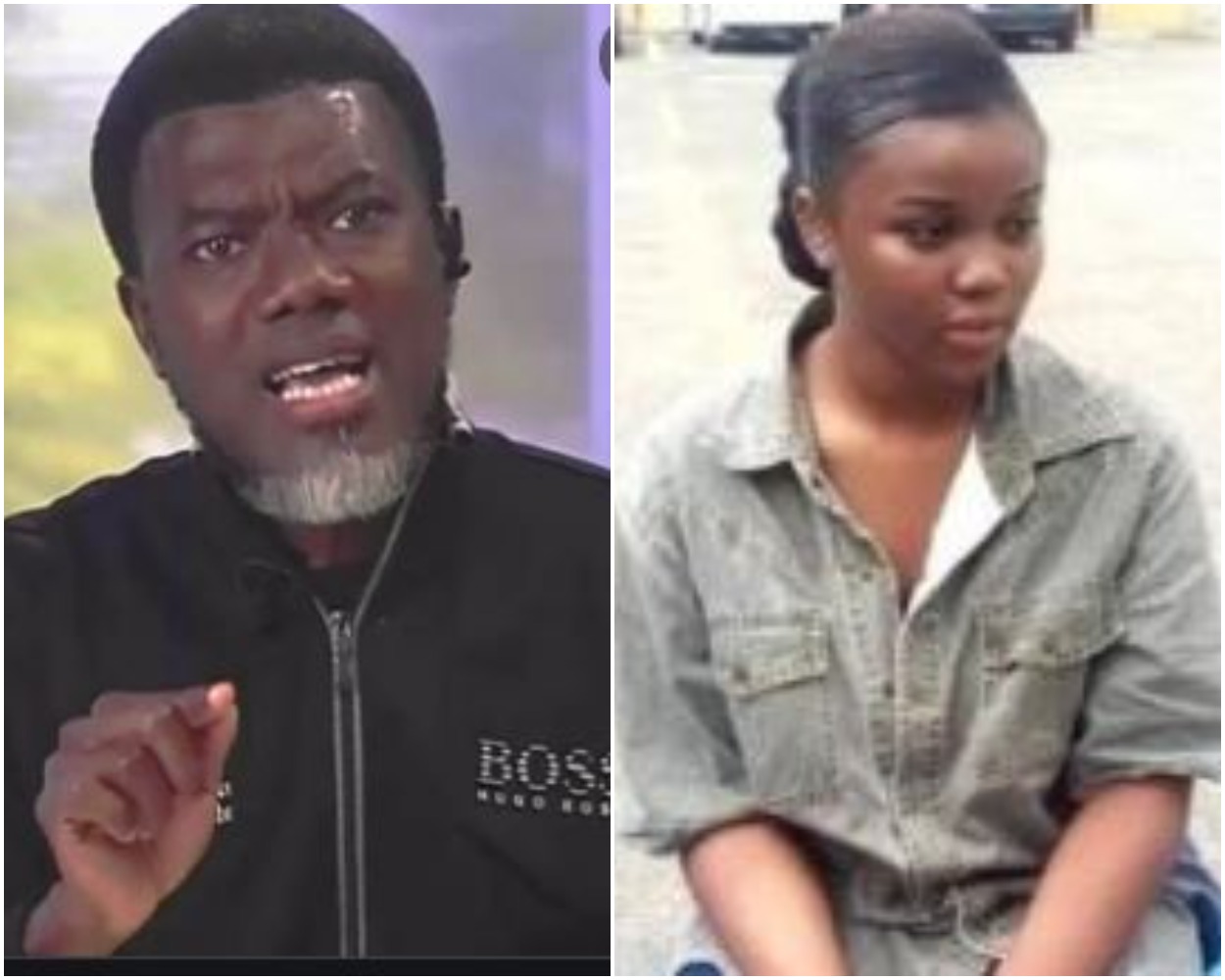 A former presidential aide and controversial author, Reno Omokri has said that, Chidinma Ojukwu, a 21-year-old student of Unilag, who allegedly killed Super TV CEO, Usifo Ataga is a victim bore out of bad parenting and society.

Reno made this known in a long post on Instagram, where he dissected how the Nigerian society plays an injurious role in breeding girls like Chidinma

(Very Unpopular Opinion (you guys know I don’t go with the crowd. I go with my conscience). Everybody is in a rush to demonise Chidinma. But it takes two to tango. Chidinma is 21. Usifo was 50. Between them, there existed a 29 year age gap. She could have been his daughter.

How many of you condemning Chidinma were mature at 21? We are now circulating videos of her smoking. How many of you did not smoke at 21? She erred. She should be punished. However, let us try to find out why it happened and make course corrections as a society. Chidinma is also a victim. Of bad parenting and a bad society. We are now a society that is so religious that we expect ‘grace’ to cover everything.

In Nigeria, poor parents suddenly see their young daughters with a Range Rover, and rush to church for thanksgiving, not minding what Scripture says in Deu 23:18. Nigeria is now a society that prioritises wealth over morals. We are a society that celebrated a billionaire, who already had a sizeable International harem, for marrying his granddaughter’s age mate. And the union was promoted and blessed by the parent. It was celebrated as a super love story in the media. That was our own fairy tale Cinderella story for young girls to look up to. And we are surprised we ended up with Chidinma?

Where do you think these surgically enhanced motivators get money to inflate their buttocks and their breasts? They claim to have businesses you can never see. In truth, they are senior Chidinmas, with their own ‘big gods’ in Banana Island.

Look, Nigeria should wake up and smell the coffee. Chidinma is a symptom of the rot in our society. We are now a society of ‘no car key, no chase me’, and ‘no Range Rover, no arrange me as your lover’. The Chidinmas that were not caught are more than the ones that were caught”