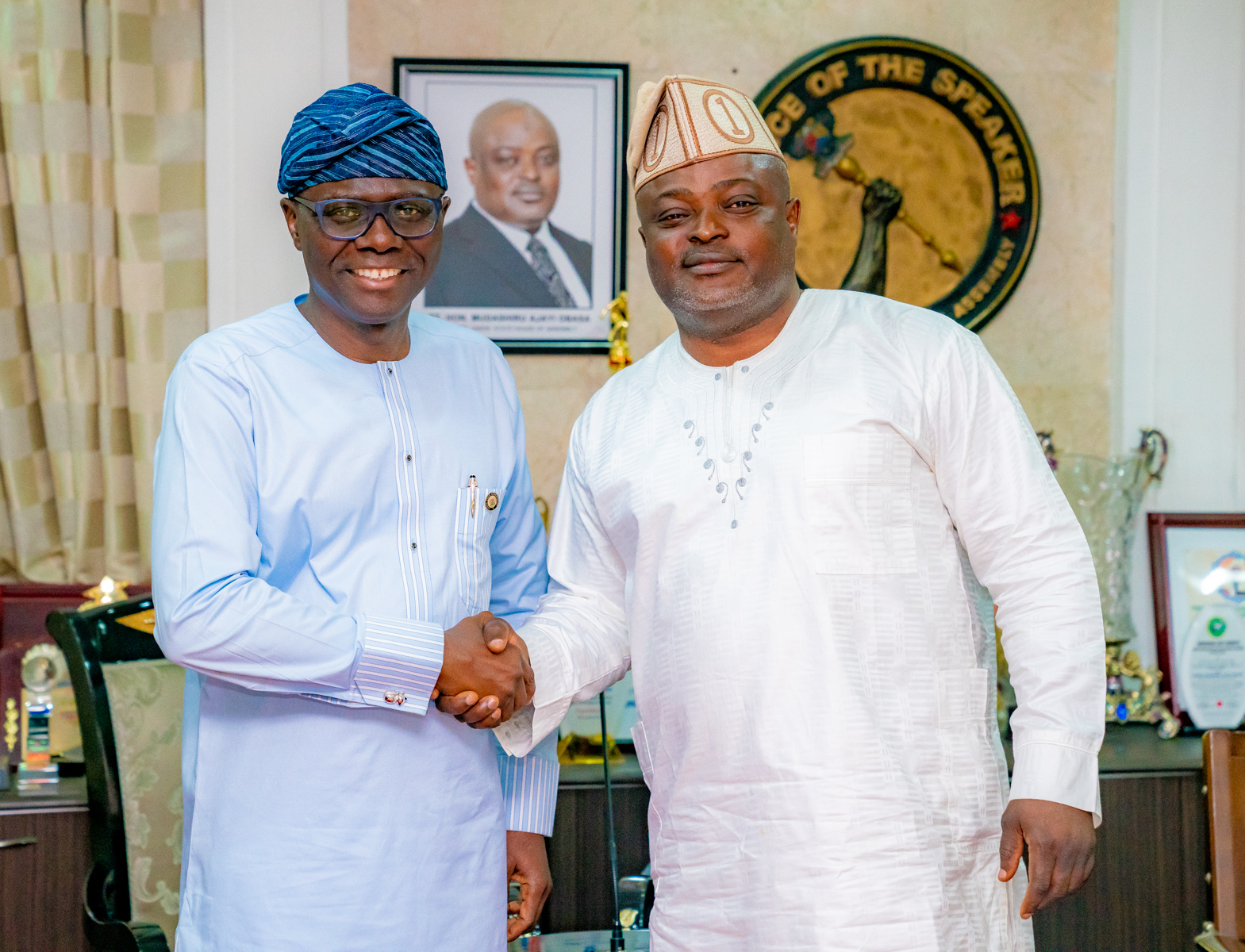 The Speaker of the Lagos State House of Assembly, Rt. Hon. Mudashiru Obasa, has congratulated Governor Babajide Sanwo-Olu on his 56th birthday.

In a statement sent to Naija News on Thursday, the Lagos Speaker described him as one who continues to prove his belief in the development and prosperity of the state.

According to Obasa, the Governor’s actions and activities have been such that have helped the State to maintain its enviable position in Nigeria.

Obasa further commended Sanwo-Olu for the cordial relationship enjoyed by the executive and the legislative arms adding that this has continued to reflect in the successes achieved by the government thus far.

“I heartily congratulate our amiable and hardworking Governor, who has, like many of us, continued to experience sleepless nights in his zeal to sustain the tempo of growth and development in Lagos.

“Our dear State is proud to have had leaders who are passionate about its progress and you remain one of them.

“Last year, I attested to a cordial relationship between the executive and the legislative arms of the government of Lagos State and this has been sustained by you and your cabinet.

“I also spoke about some of your exemplary qualities, the wisdom and strength that God has blessed you with as well as how you have been able to effectively implement policies for the benefit of the people who you serve as Governor.

“I want to reaffirm that we have remained brothers, bonded by the need to continue to make Lagos one of the best places in Nigeria and where residents would live happily with their neighbours,” Obasa said.

He promised that the House of Assembly under his leadership would continue to support and collaborate with the executive arm and its good courses.

The Speaker also urged Sanwo-Olu to see his birthday as a fresh unction from God for more strength to lead the State through the path to more successes.

In a related development, Speaker Obasa has hailed the Speaker of the House of Representatives, Rt. Hon. Femi Gbajabiamila as he clocks 59.

Obasa congratulated Gbajabiamila for ensuring a rancour-free House of Representatives.

“Your effective leadership of the House of Representatives has helped in no small measure to strengthen democracy in the country.

“I congratulate you and wish you many more years in good health,” the statement read.