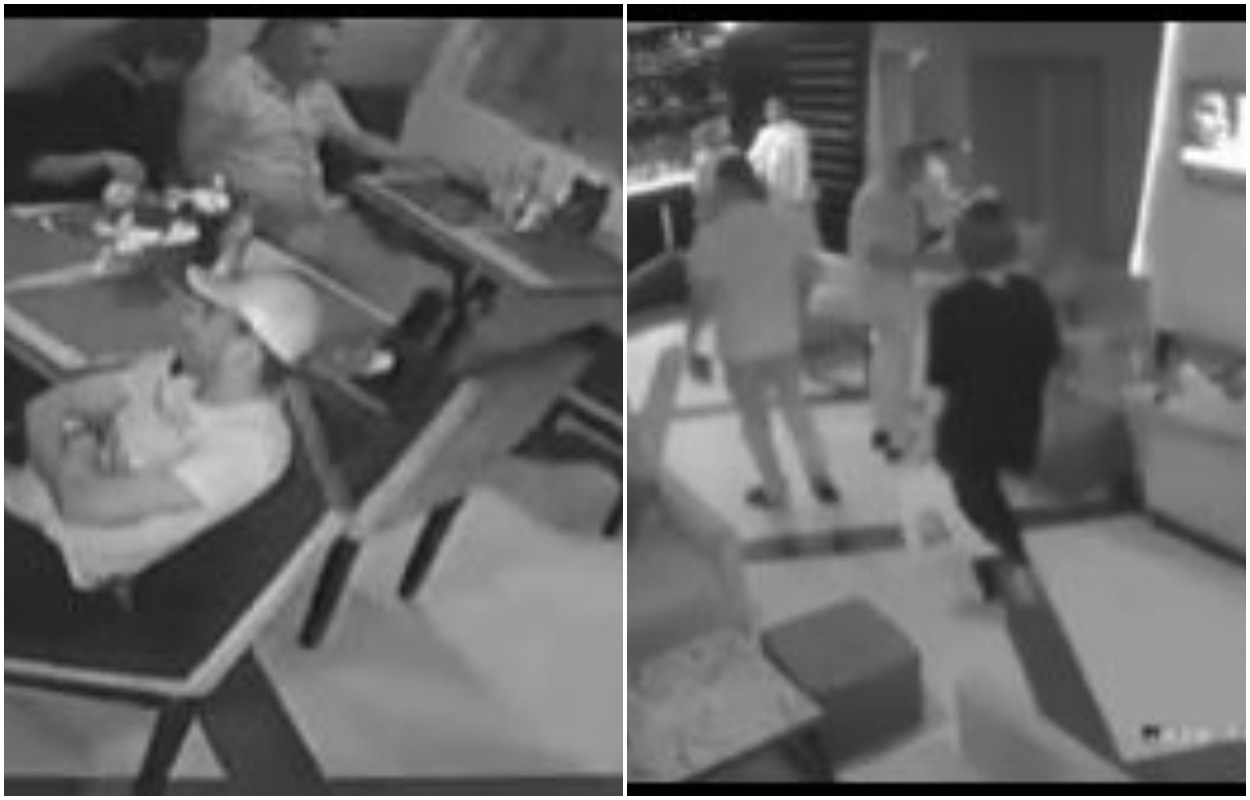 A CCTV footage showing late Nigerian billionaire, Usifo Ataga and his lover, Chidinma Ojukwu at a restaurant before the unfortunate murder incident has surfaced on social media.

Naija News reports that Ataga, the Chief Executive Officer of Super TV, and a director in Super Network was gruesomely murdered by his side chic, a 21-year-old student of the Unilag on June 12th

In the video that was shared on social media, late Usifo Ataga and his lover, Chidinma Ojukwu were pictured together in an undisclosed restaurant drinking and talking and smoking. Ataga was captured in a white shirt while Chidinma rocked a gown. The last part of the video shows them leaving the restaurant.

Meanwhile, Commissioner of Police in Lagos state, Hakeem Odumosu, has said that 21-year-old UNILAG student, Chidinma Adaora Ojukwu, who was earlier paraded for allegedly killing the Chief Executive Officer of Super TV, Michael Usifo Ataga, conspired with some other persons who are currently now at large to carry out the crime.

Odumosu disclosed this while parading the suspect. While addressing newsmen. Naija News reports

“Fact of the case

A case of murder was transferred from Maroko Division of the Command to the State Criminal Investigation Department, Panti Yaba, for discreet investigation.

The fact of the case is that, on 15/06/21 at about 1700hrs, one Chidimma Adaora Ojukwu, a 300 level, undergraduate of the University of Lagos, conspired with others, now at Large, and allegedly murdered one Michael Usifo Ataga, m, 50, by stabbing him severally with a sharp object at a Short Service Apartment, situated at No 19, Adewale Oshin Street, Lekki, phase 1, Lagos.

The prime suspect, Chidinma, who had earlier booked for the apartment on 13/6/21 secretly, left the apartment after the deed had been done on 15/6/21 at about 1730hrs.

The suspect was tracked and arrested in her resident at No. 57, Akinwunmi Street, Alagomeji, Yaba-Lagos. During search, the prime suspect and Mass Communication Student of the University of Lagos, was caught with a blood-soaked cloth, ostensibly worn on the day of the incident.

The suspect confessed to have stabbed the deceased with a kitchen knife after a struggle. She further confessed to have taken the knife away while leaving the scene and disposed same in a dust bin at her residence.

It has also been revealed that the suspect equally stole the deceased iPhone.

Investigation is ongoing to arrest other accomplices.

However, the Case will be charged to court as soon as investigation is concluded.”