During its Microsoft Event, the firm announced the arrival of Android applications on the Microsoft Store.

It was possible to run Android apps on Windows in a number of ways. You could emulate them, run them natively and also use your smartphone. With Windows 11, Microsoft is going much further.

Windows 11 has just been officially presented by Microsoft , it’s no surprise. We already had access to a preliminary version. However, Microsoft had also planned a few surprise announcements.

Among these, the Microsoft Store will undergo a major overhaul. Microsoft’s app store will host all Windows apps, not just UWA apps. The other big surprise is the arrival of Android applications as well.

Like the App Store on Mac M1, Windows 11 will therefore be able to run Android applications and we can also find them directly on the official store. More specifically, it is a partner with the Amazon App Store. 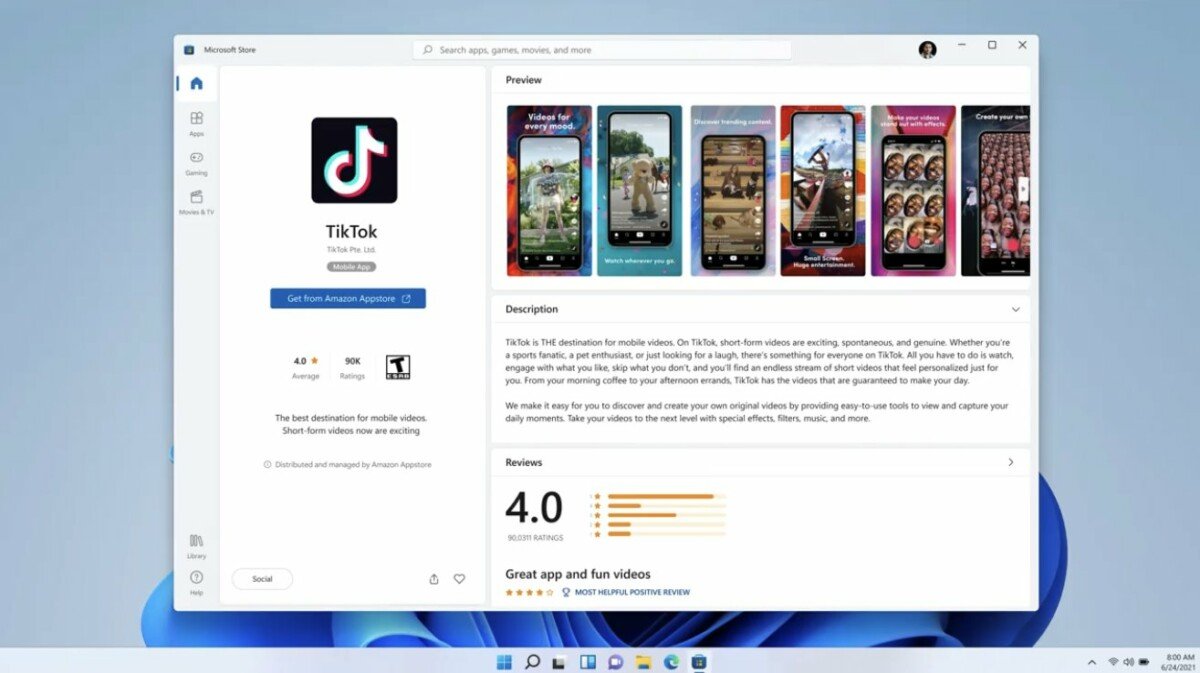 This means Android games and apps from the Amazon App Store will also be on the Microsoft Store. A store that you can already download and install on your Android smartphone and which is an alternative to the Google Play Store.