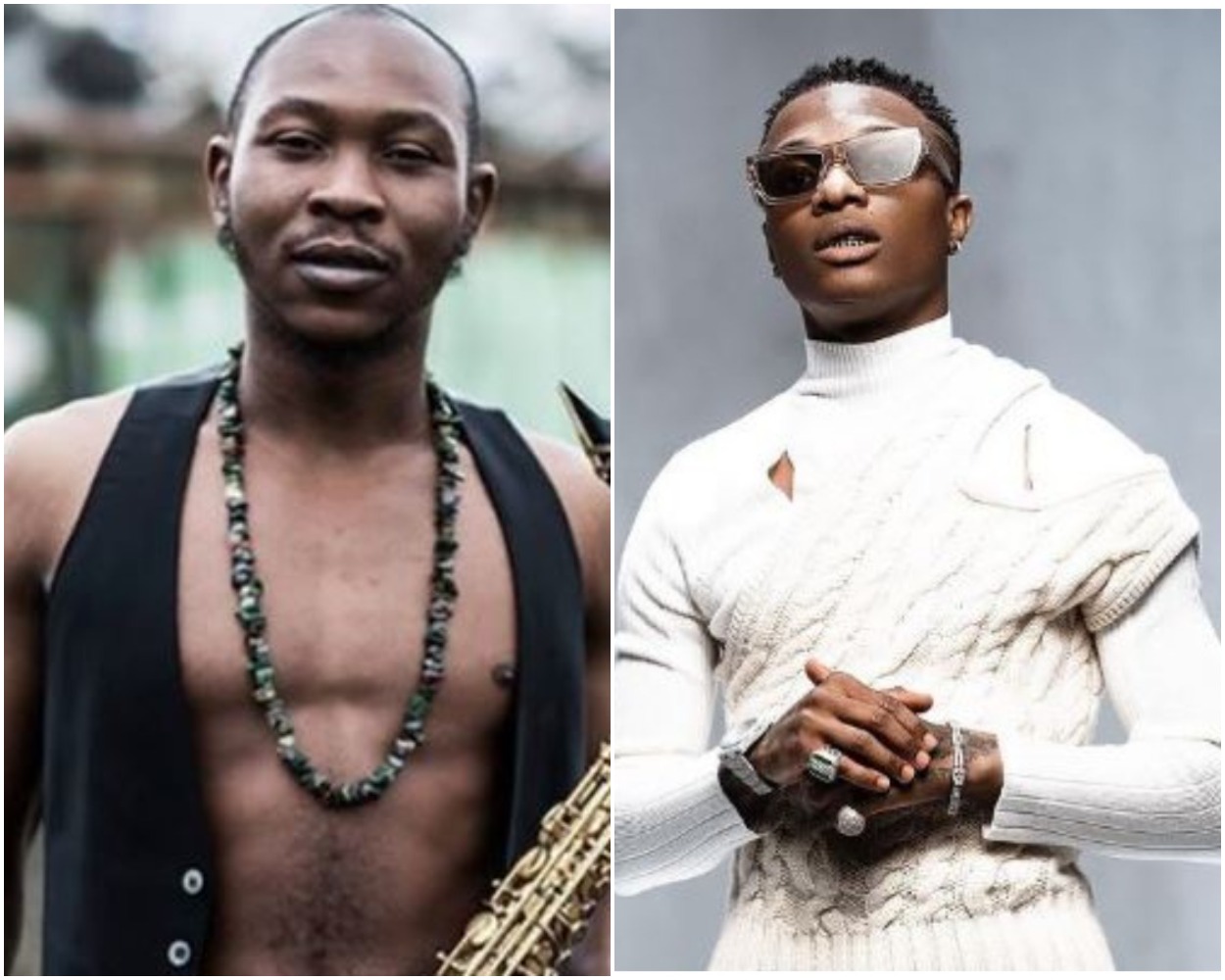 This comes after Kuti earlier this month claimed that Wizkid does not deserve to be called a Grammy nominee.

He made the statement on Instagram where he indirectly asked Wizkid to stop parading himself as a Grammy nominee.

He insisted that he, Femi Kuti, Burna Boy and King Sunny Ade were the only Nigerian musicians to be nominated by the Grammy.

Wizkid via his instastories, however, showed off his award yesterday shutting haters up.

Following the development, Nigerians took to their social media accounts to mock Kuti for saying Wizkid should desist from claiming to be a Grammy nominee while some blast him.

Reacting to the backlash, Seun Kuti reiterated what he said before, and also did not acknowledge Wizkid as a Grammy winner

He wrote; ”There are only 4 musicians in Nigeria whose music has been nominated for the Grammys. If that annoys you it’s not my fault. Album no be music video. Your favourite will also one day by the ancestor’s grace make music that will be recognized. I am dedicating to you children. Today is the day for the ignorant. I told you. I am the chairman of haters. You don’t want to believe I will prove it today. I am even pettier than you jobless people all over my page. I am a Nigerian. I grew up in KALAKUTA and also an ARSENAL FAN. Una never plenty reach. This one na dragging? You can’t drag me because I no dey una hand like una fav yeyebrities. Una go hear word today. E be like say una wan cry. #getthesax #letsgetignorant #nosensethursday. Also I want to see all of una teacher, you can buy data but u don’t know the difference between album and video? Ok. Una don win. Your favorite sabi shoot video pass me and my family! You know say i be video director #mumu. We are talking music, you are talking hype.”