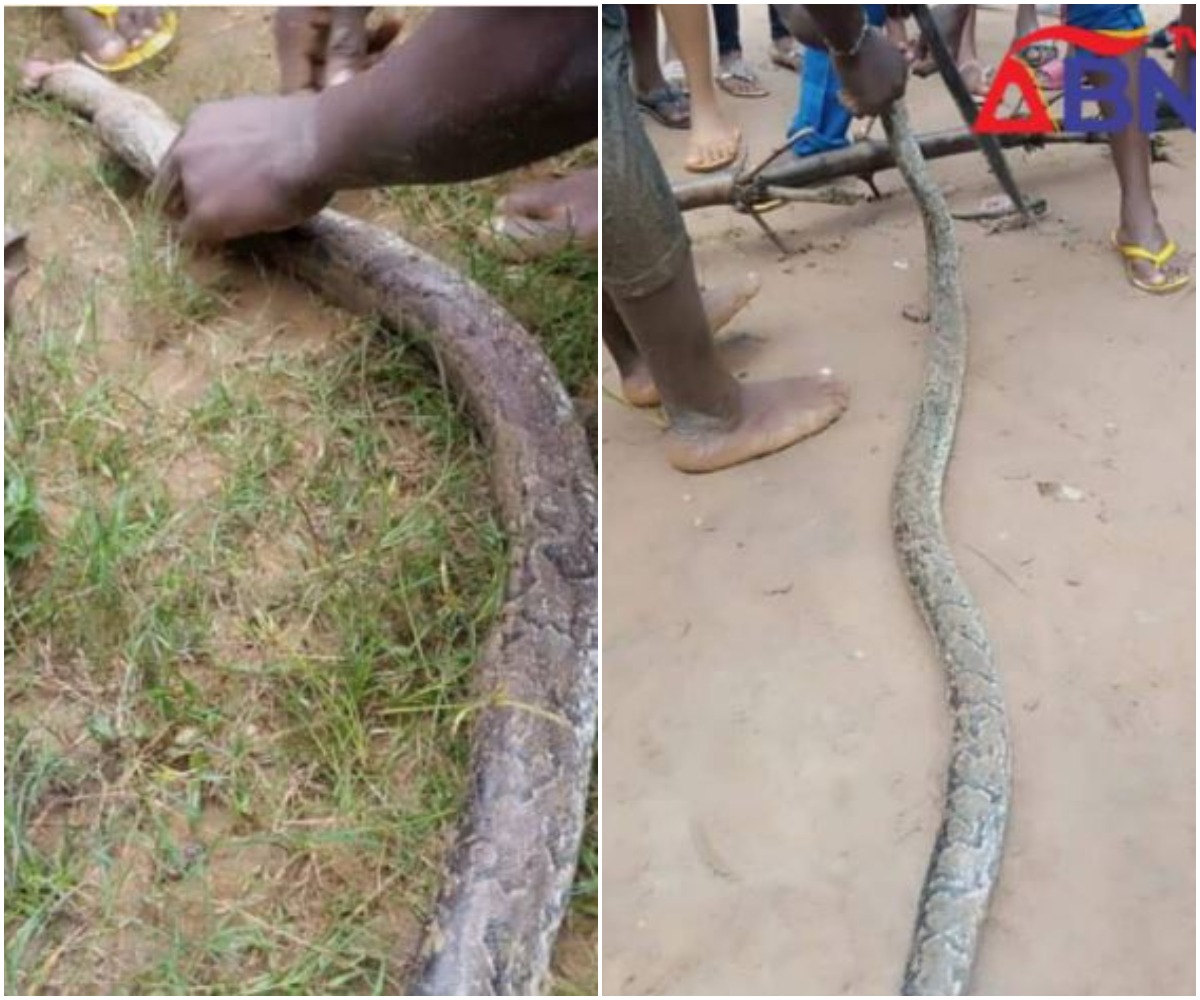 The residents along Waterside near popular Orji Uzor Kalu Bridge Aba, has expressed gratitude to some workers at Emelogu Street for killing two huge snakes terrorizing the community.

Naija News understands that the snakes were on Wednesday killed after locals cried out for help.

According to Residents, they have always lived in fear as a result of the activities of the snakes.

They said they have lost their domestic animals especially fowls and goats, saying the snakes sneak out in the dead of the night to consume them.

It was also gathered that the state government is currently clearing and expanding the Aba river from Okpulor Umuobo to Azumini to make it easy for flying boats to ply.

The snakes were identified as cobra and python.

The residents further appeal to the state government to fumigate the area popularly known as the ‘Good Morning’ market to save them from possible attacks from other hiding snakes. 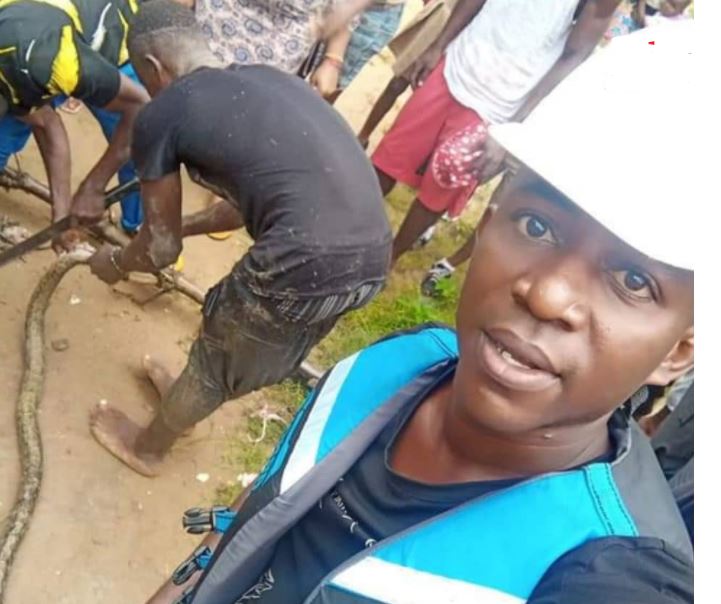 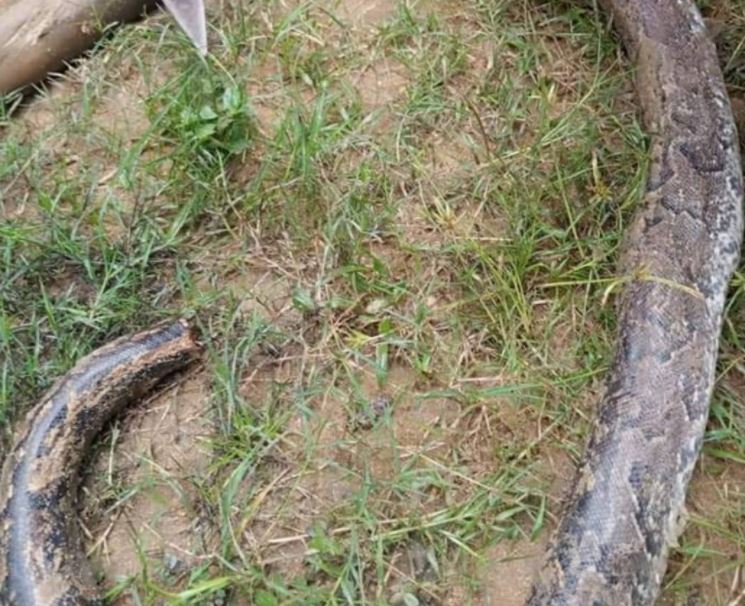