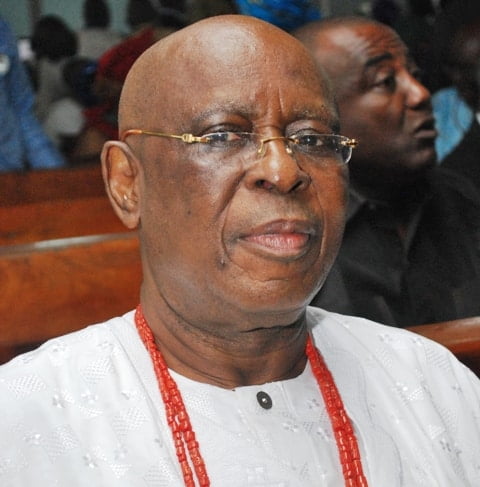 A former Governor of Ogun State, Olusegun Osoba, has kicked against moves to amend the Nigeria Press Council Act.

The bill, which seeks to repeal and re-enact the NPC act, was considered at a public hearing organised by the house of representatives committee on information, national orientation, ethics and values.

If signed into law, journalists and media houses can be fined N250,000 and N10m respectively by the NPC for infractions.

Media stakeholders had subsequently kicked against the proposed amendment over some provisions they described as unconstitutional.

Reacting in an interview with The PUNCH, Osoba described it as a terrible draconian law.

According to the All Progressives Congress (APC) chieftain, such a bill has never been proposed in the history of Nigeria, not even under the military.

On if the new bill is as worse as Decree 4 of 1984, Osoba said: “Decree 4 was restricted to the disclosure of sources of information.

“The one they are proposing now includes obtaining a licence before you can build a press hub.

On if President Muhammadu Buhari has a hidden agenda to undermine the freedom of the press, Osoba replied: “Press freedom is never awarded. Over the years, we have always fought for the right to practice.

“We have been fighting the press council issue for over 25 years. I remember what led to the Nigerian Press Organisation and the production of a code of conduct for journalists.

“It was because attempts were made in the 1970s to set up a regulatory body for the print media. We resisted it and we have to continue resisting it.”