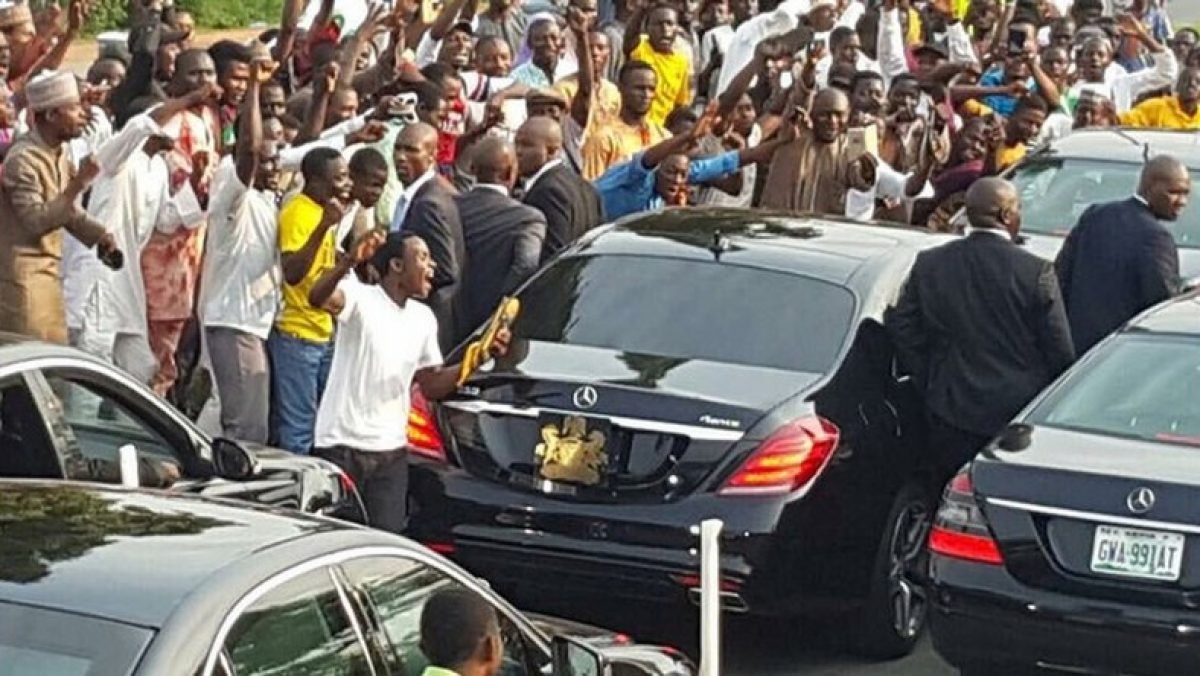 The Borno State College of Nursing and Midwifery has reportedly suspended a student for refusing to welcome President Muhammadu Buhari.

Naija News recalls that President Buhari had on June 17, 2021, paid an official visit to Maiduguri, the Borno State capital.

A letter of suspension from the college which was sighted by SaharaReporters on Thursday stated that the student was suspended for one week from June 21 to June 28 over the action.

The letter reads, “You are hereby suspended from the college for one week with effect from today 21st June 2021 for disobedience of executive order to welcome the President of Nigeria, Muhammadu Buhari GCFR, GCON (on the 17th of June 2021)

“You are expected to report back to college on the 28th of June 2021 along with your parent or guardian.”

Recall that SaharaRepiorters had on June 17 claimed that Governor Babagana Zulum had paid N350million to mobilise the crowd to welcome Buhari during his visit.

“It cost Zulum N350 million to mobilise the crowd they touted as Buhari’s supporters,” a source in Borno State government claimed.

“When President Buhari visited Lagos last week, they had to fly him over the city in a chopper because of a hostile crowd.”

Borno state which is the epicentre of insurgency war in Nigeria has been at the end of incessant deadly attacks by terrorist groups–Boko Haram and the Islamic State West African Province (ISWAP), and many residents have grown frustrated with the Buhari government.

The northeast state is a stronghold of the ruling All Progressives Congress (APC), which won presidential elections in the state in 2015 and 2019.

Protesters had in February 2020 booed Buhari when he travelled to Maiduguri to “sympathise” with its residents over recent Boko Haram attacks.

A video circulated on social media showed hundreds of protesters on the road while the president’s convoy drove past.

“Buhari, we don’t like you. We don’t want you anymore,” some of the protesters chanted in Hausa.