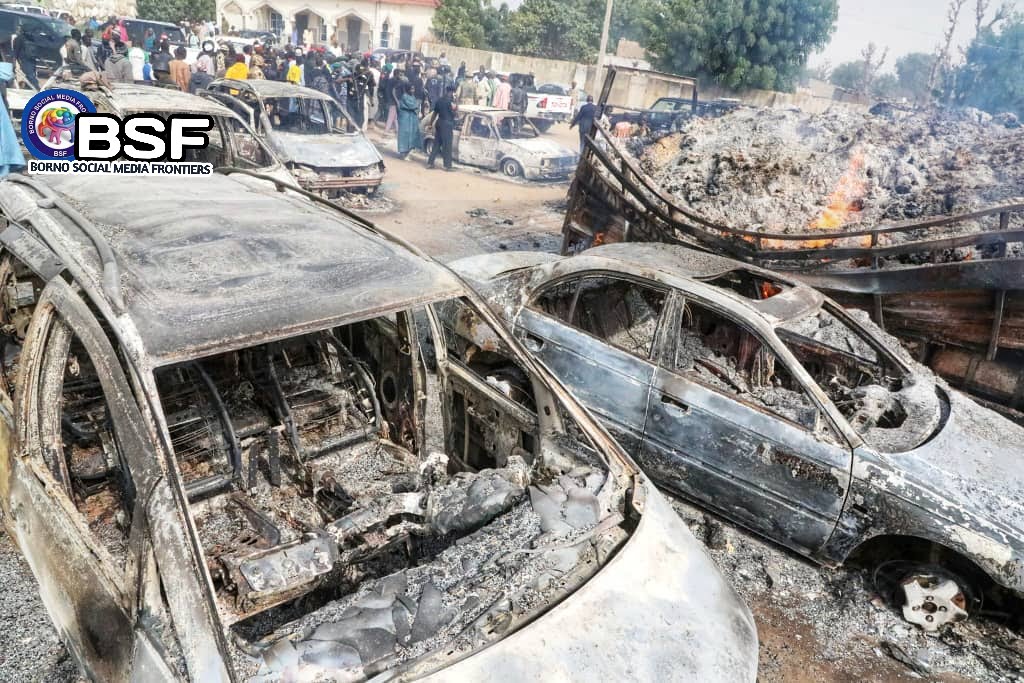 The United Nations Development Programme (UNDP) has said that 34,457 people were killed by Boko Haram insurgents in Borno, Adamawa and Yobe states between 2009 and early 2020.

According to a 2020 report titled: ‘Assessing the Impact of Conflict on Development in North-east Nigeria’, the agency said the insurgency has crippled development across various sectors in the region.

UNDP, however, noted that outside the almost 35,000 fatalities recorded as a direct result of insurgency, there have been hundreds of thousands of people who have died over causes indirectly related to the conflict in the North East.

The report reads: “Insurgent violence and terrorism carried out by Boko Haram and Islamic State’s West Africa Province (ISWAP) remain the major driver of insecurity across north-eastern Nigeria and the Lake Chad region.

“The effects of the insurgency and the persistence of insecurity are inseparable from the region’s pre-existing socio-economic deprivation and harsh environmental conditions.

“The BAY states — Borno, Adamawa and Yobe —were not only some of the poorest states in the country prior to conflict, but they also continue to bear the brunt of its effects.

“Conflict can also increase mortality indirectly. For example, destroyed health infrastructure and degraded living conditions can lead to increased deaths from disease and hunger. To our knowledge, there have been no prior efforts to estimate the number of indirect deaths from this conflict.”

The agency lamented that insurgency in the three states led to the displacement of over 1.8 million people before the end of 2020.

It noted: “Boko Haram attacks have led to massive internal displacement. More than 1.8 million Nigerians are displaced in Adamawa, Borno, and Yobe states, with the vast majority (nearly 1.5 million) located in Borno.

“In camps and host communities, IDPs often live in poor conditions and lack access to adequate food and services.”

UNDP also said the insurgency in Borno, Adamawa and Yobe led to an intense level of poverty in Nigeria, adding that “as of 2019, 81 percent of people living in Yobe, 64 percent in Borno, and 60 percent in Adamawa suffer from multidimensional poverty, a measure that accounts for deprivation with respect to standards of living, health, and education”.

The agency maintained that insurgency has ravaged the region, leading to severe and acute malnutrition of thousands of children.

According to the report, the frequent attacks on schools have also left a damaging impact on the educational system in the region.

“Conflict has been especially damaging to education, as schools have been targeted directly by insurgents,” UNDP said.

“In 2020, we estimate that 1.8 million students are out of school who would have been enrolled if not for conflict.

“By 2030, in the Conflict scenario, the average Nigerian in the BAY states will have had a full year (20 percent) of education less than expected in the No Conflict scenario. This setback in human development will require decades to recover from.”

The report noted that while the federal government has made “great strides in retaking and stabilising large portions of the region”, it has only recorded “limited success” in putting an end to the insurgency.

The UNDP report added that it would be difficult to achieve the 2030 Sustainable Development Goals (SDGs) in the region even if the insurgency ends — considering the level of damage already done in various areas.