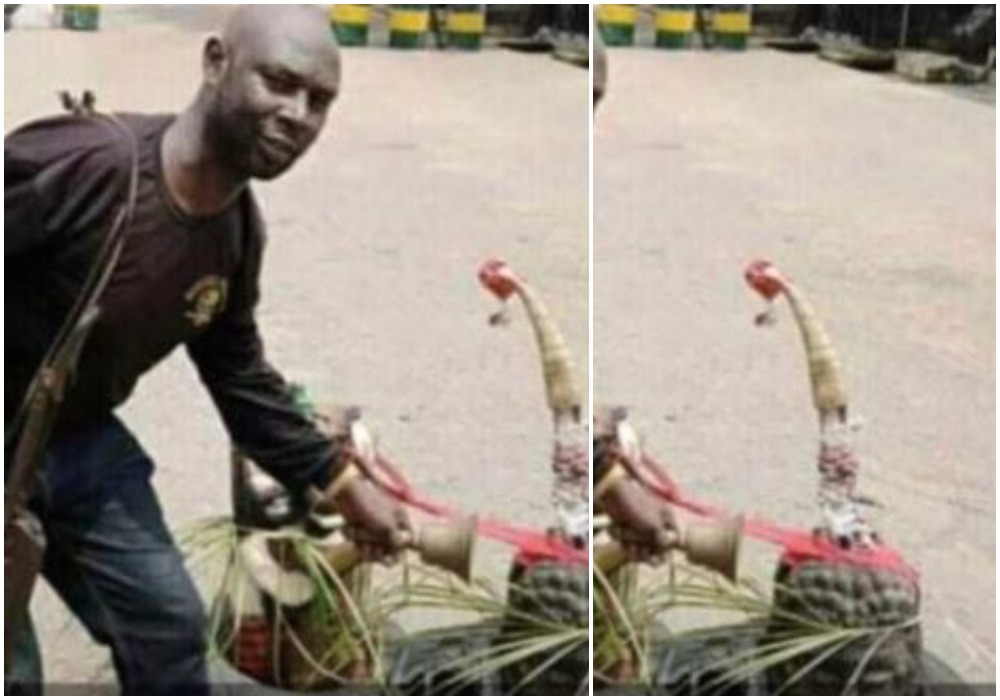 A viral photo of a Nigerian police officer posing with a traditional deity placed right in front of Umuahia police post has surfaced on the internet.

In the photo that was shared on the internet, the juju was placed near the Umuahia police station.

According to a viral report, it was placed to protect security operatives from the series of attacks perpetrated by unknown gunmen in the state.

Naija News reports the series of attacks by unknown gunmen in Imo state which has led to the government doing all it can to protect its security operatives even though sponsoring voodooism. 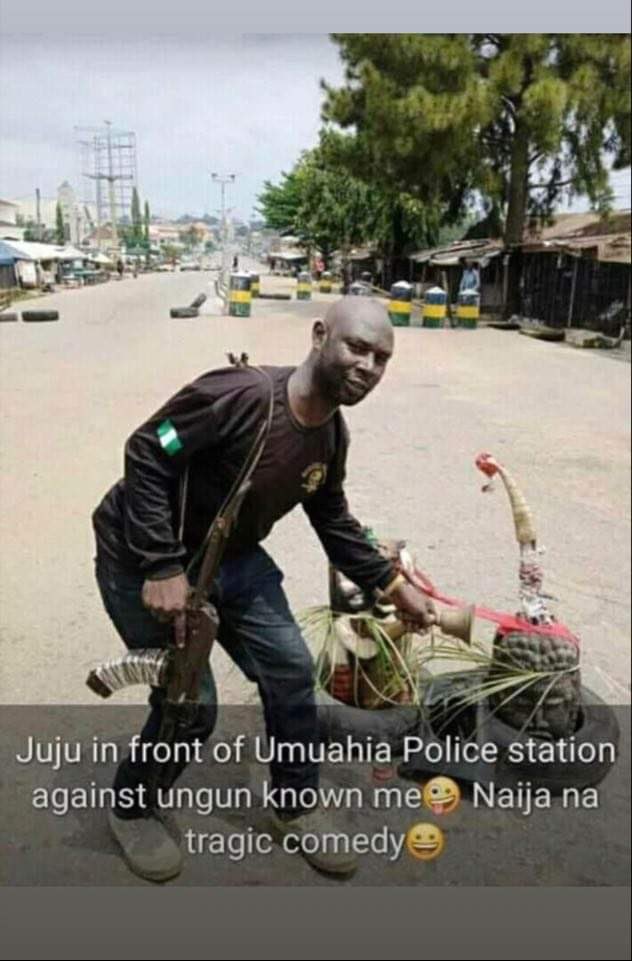 @Reference wrote; ‘Just look at what Nigeria is reduced to. A joke. Sometimes you just hope that what you are viewing is somehow not true and that things just cannot be this bad in reality. But alas they will always be up to your fears and stand firm to confirm your shame as a right thinking citizen.’

@Grandmeister wrote; ‘That is central police station along bende road in Umuahia. It has been there for two weeks now.’