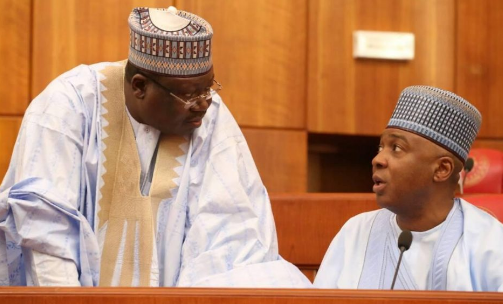 The Peoples Democratic Party (PDP) has slammed the All Progressives Congress (APC) for admitting that President Muhammadu Buhari failed Nigerians in his first term.

According to the lawmaker, the APC government could not deliver its electoral promises to the electorates during the first tenure as there was no cordial relationship between the executive and legislature.

“When we were voted in 2019 as leaders of the National Assembly, we were conscious of one thing, that the mandate that was given to us by Nigerians in 2015 had suffered disruption and dislocation,” Lawan had said.

“For four years (2015 to 2019), our government could not perform optimally because of the then crisis between the parliament – the National Assembly – and the Executive arm of government.

“So, APC had already lost four very important years. And, that was supposed to be the year that we should have convinced Nigerians that they took the right decision by voting out a PDP administration in 2015.”

But reacting in a statement on Tuesday, which was signed by its National Publicity Secretary, Kola Ologbondiyan, the PDP described Lawan’s excuse as despicable.

According to the opposition party, the senate president’s statement vindicates its position that they will leave office in 2023 without any legacy.

The PDP statement reads: “The PDP insists that now that the APC leaders have summoned the courage to admit that the APC and Buhari Presidency are a bunch of failure that have brought so much challenges to our nation, Nigerians expect them to advise President Buhari to end his Presidency’s recourse to false performance claims and seek help from more competent hands to manage the affairs of our nation.

“The APC’s leaders confession is stating the obvious as the Buhari Presidency and the APC have only succeeded in wrecking our once robust economy and turned our nation to a beggar country and the poverty capital of the world.

“Furthermore, the APC has excelled in superintending over the escalation of violence and acts of terrorism which have turned our nation to a large killing field under its watch.

“Under President Buhari, corruption has been elevated as a new normal, with officials pillaging ministries, department and agencies and looting over N15 trillion, while mortgaging the future of our nation with reckless foreign borrowing.

“APC leaders should be bold to tell President Buhari and the APC that posterity will not be kind to them for their manifest misrule, which has brought so much devastation to our nation.

“By 2023, history would have listed the Buhari Presidency and the APC as a calamitous era as well as that wind that blew no good in the life of our nation.

“Of course, the APC leaders have admitted that the party is already heading to the dustbin of ignominy as it cannot survive after the Buhari tenure.

“Our party therefore urges Nigerians to keep hope alive as they continue to rally on the platform of the PDP to rescue our nation from the misrule of the APC.”