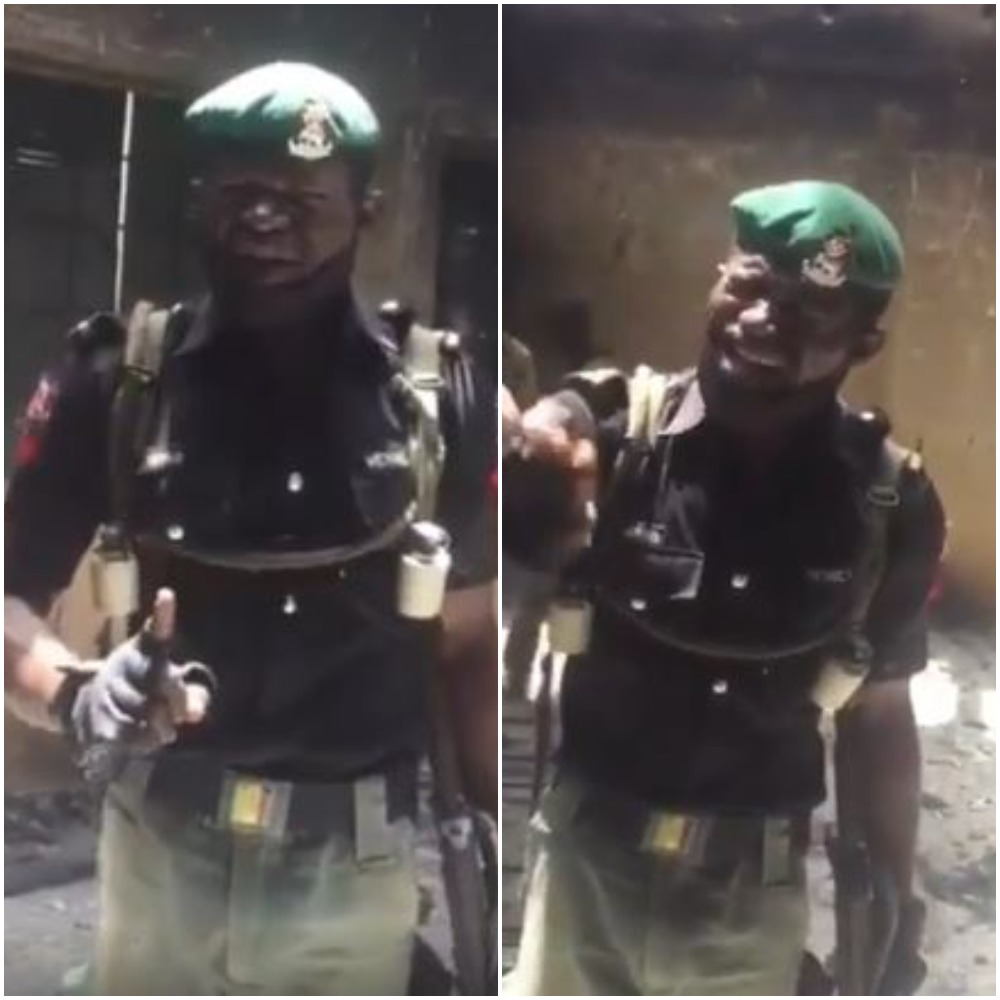 A Nigerian police officer in Yobe has lamented bitterly over the poor state of their welfare in the state.

In the video that has become a growing sensation on social media, the police officer who was almost in tears shared a short video of the dilapidated building they lay their heads at night.

He also recounted how the families of colleagues who were killed over the past months are yet to receive any consolation from the government. He stressed that aside the sixty three thousand naira received from the Nigerian government as salary, they are not compensated with any other allowance.

He said; ‘‘Good morning fellow Nigerians, see what happened to police serving at Kuluba, Yobe after the attack. On 17th, they killed my colleague, they killed paul, see us that survive today, see how they burned our things. Then since we came to this operation in Yobe state, from December to June making it 6months, no feeding and no allowance, nothing because of 63 thousand I am collecting from Nigerian police as a sergeant, I am dying in Yobe state. Look at how they burned our things, look at how many people have died. Nigeria looks into our problem. We are dying, no helper, what are we serving this country for? hungry servicemen. God is watching.’‘