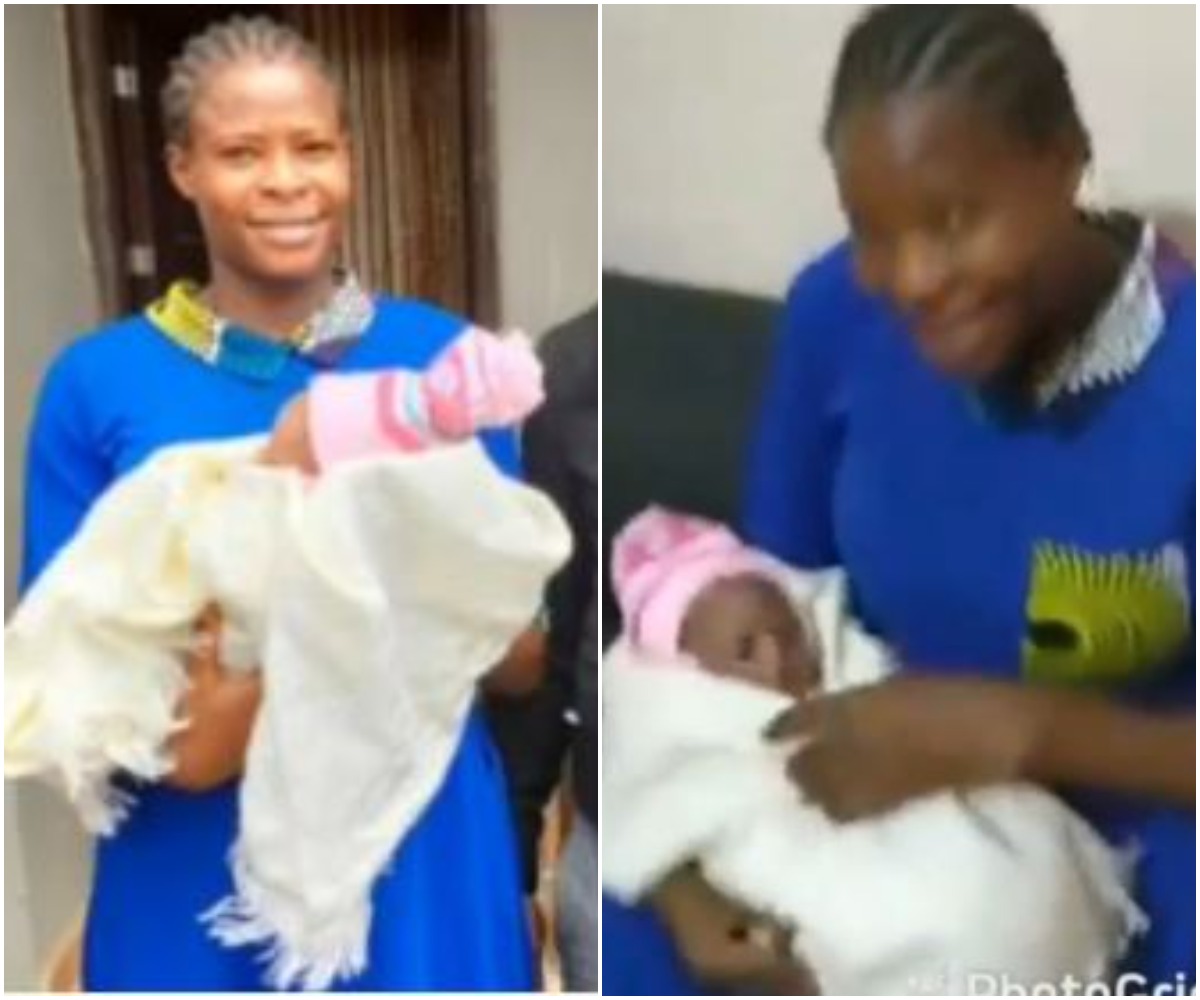 The photos of #EndSARS protester, Kemisola Ogunniyi and her baby after she was temporarily released has surfaced on social media.

In the photos shared, the young mother and her daughter is pictured been escorted back to Akure with her lawyer.

Naija News reports that she was released from Surulere Prison in Ondo East Local Government on Tuesday afternoon.

A judge of an Ondo State High Court had granted her an ₦10 million bail on Tuesday but ordered that she should be allowed to attend her child’s naming ceremony even before fulfilling her bail condition.

Ogunniyi is currently on her way to Akure, the state capital, where her temporary freedom will be ratified by Justice Omolara Adejumo.

She is expected to return to the prison after the naming ceremony.

The 18-year-old was arrested last year for allegedly vandalising property during the EndSARS protest which took place in Akure, the state capital.

Ogunniyi, who was two months pregnant at the time of her arrest, gave birth to a baby boy on Wednesday, June 16, 2021.

She alongside other suspects were charged with arson, riotous assembly, stealing and malicious damage.