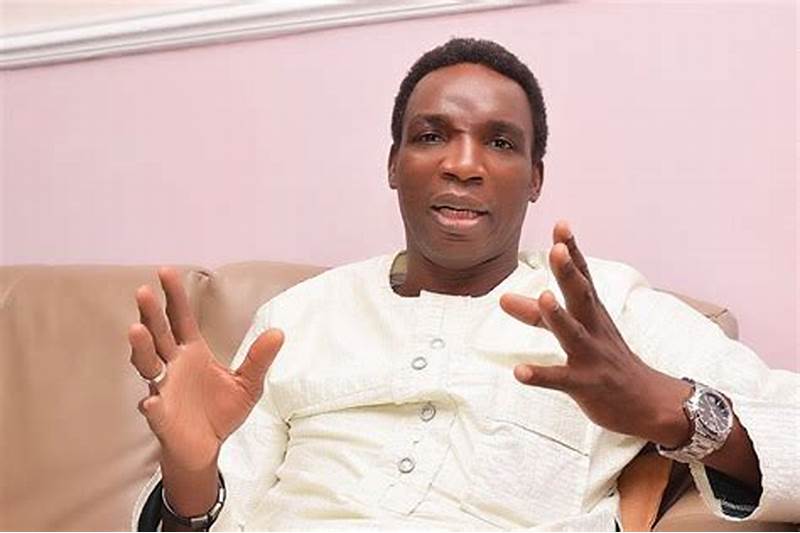 The Lagos State chapter of the Peoples Democratic Party (PDP), has suspended the former state chairman of the party, Otunba Segun Adewale, also known as Aeroland.

In a letter signed on Monday by the PDP chairman in Alimoso Local Government Area, Solagbade Abbas, said the party took the decision based on the recommendation of the Executive and Disciplinary Committee of Ward M1 in the local council.

He noted that Adewale had been suspended from all activities of the party for a period of one month with effect from Monday 21st June 2021, pending the resolution of all issues concerning him before the Disciplinary Committee and Executive Committee of PDP.

The Disciplinary Committee of the party in Ward M1, in Alimoso LGA, had in a letter announcing Adewale’s suspension, noted that the party chieftain, who had series of petitions before it to answer to, had declined several invitations extended to him as well as appeals made by the party elders.

According to the letter, signed by Chief (Mrs) Dupe Brume and Hon Saheed Ogunbiyi, chairman and secretary of the Disciplinary Committee, Ward M1, respectively, Adewale was alleged of violent attempts to disrupt the last council Chairmanship/Councillorship primary election, using thugs and miscreants who inflicted members with various wounds.

The letter added that having a petition written to the Ikeja Divisional Police officer against him, dated 12th March 2019 and signed by the then party chairman, Dr Adegbola Dominic, alleging that he led some thugs to invade the party Secretariat in the state, among others.

The Disciplinary Committee, while affirming that the suspension was in line with the provisions of Sections 57 (1) (2) and (3) of the constitution of PDP, however, said it considered giving the former party chairman another opportunity to appear before it on Monday, 28th June 2021 at 10 am at the Ward M1 Secretariat, and defend himself of all the allegations raised against him.

“In view of your continuing recalcitrance, the Disciplinary Committee of the party in Ward M1 feels compelled to write you for a mandatory appearance on Monday, 28th June 2021 at 10 am at the Ward M1 Secretariat,” the letter said.

“Please note that your appearance before the Disciplinary Committee on 28th June is absolutely essential and mandatory,” it added.

Adewale, in his reaction, dismissed his suspension, saying as a South-West leader, the PDP in Alimoso lacked the power to suspend him.

The party chieftain accused the incumbent PDP state chairman, Engr Deji Doherty of being the mastermind of the suspension, even as described those who suspended him as moles in the party.

Adewale denied ever being invited by the Disciplinary Committee or approached by anybody on the issue.

The politician noted that the tenure of the committee would soon expire, vowing that he would ensure they were not returned to office for another term.

He added that their action had shown that they were moles he and other genuine party leaders and members were prepared to chase out of Lagos PDP.

“Just ignore those people. I am a South-West leader of the party so how can they suspend me? These people are APC moles who are making money from both PDP and APC. I was the one that fought for them to occupy their present position.

“ Their tenure will expire in two months time and they know I will ensure they are not returned back to the office. So, the only option available to them is to claim that they have suspended me but they are making a big mistake,” Adewale said.

“I am a South West leader. If you want to suspend me, the paper will go to the South-West chapter. But the South-West chairman, Taofeek Arapaja knows what is going on in Lagos. So, the suspension cannot work,” he insisted.