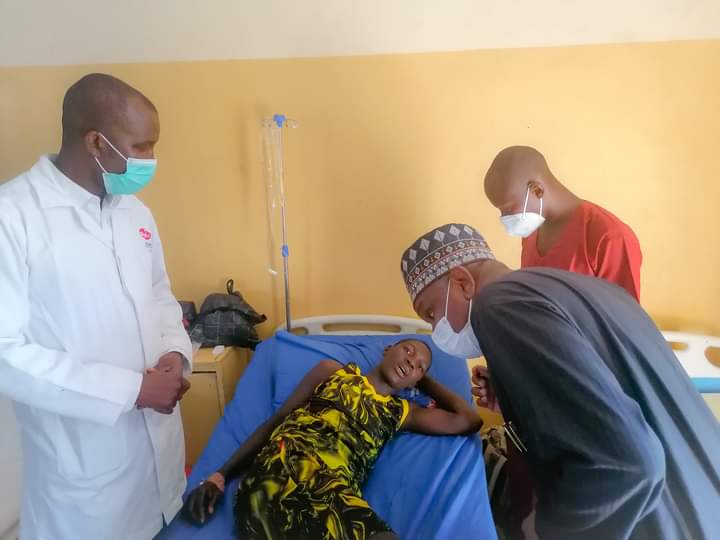 The Kebbi State Governor, Atiku Bagudu has paid a visit to the students rescued from their kidnappers by security operatives on Friday.

It will be recalled as earlier reported that two teachers and five students were rescued by a joint team of security operatives in the early hours of Friday.

Unfortunately, one female student died during the gun shootout that happened between the security operatives and the unknown gunmen who kidnapped the students.

The gunmen had invaded the Federal Government College, Yauri, Kebbi State on Thursday and abducted an unconfirmed number of students and teachers.

After the rescue operation, the state governor visited the students recuperating at the hospital. Below are some pictures from the visit. 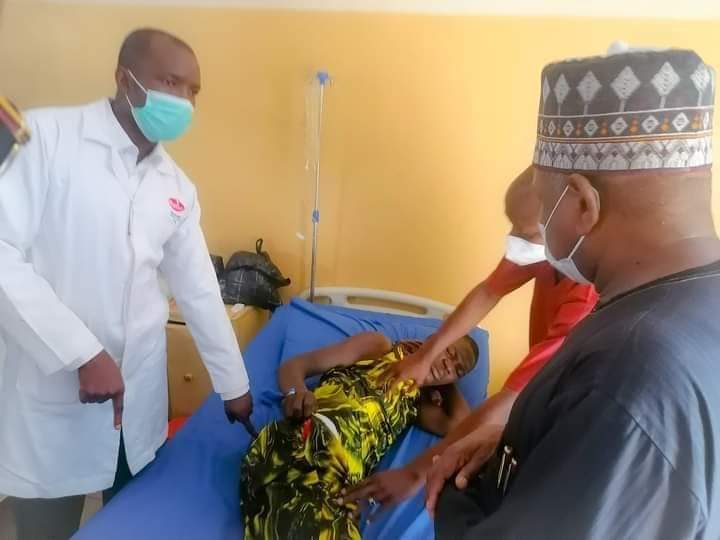 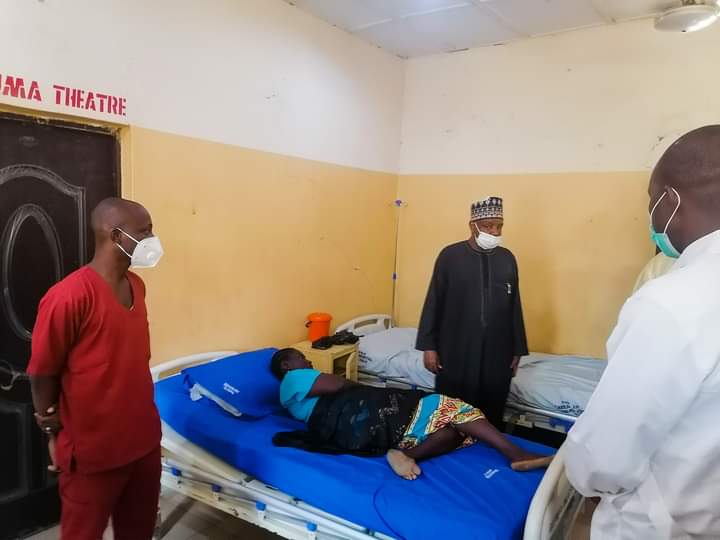 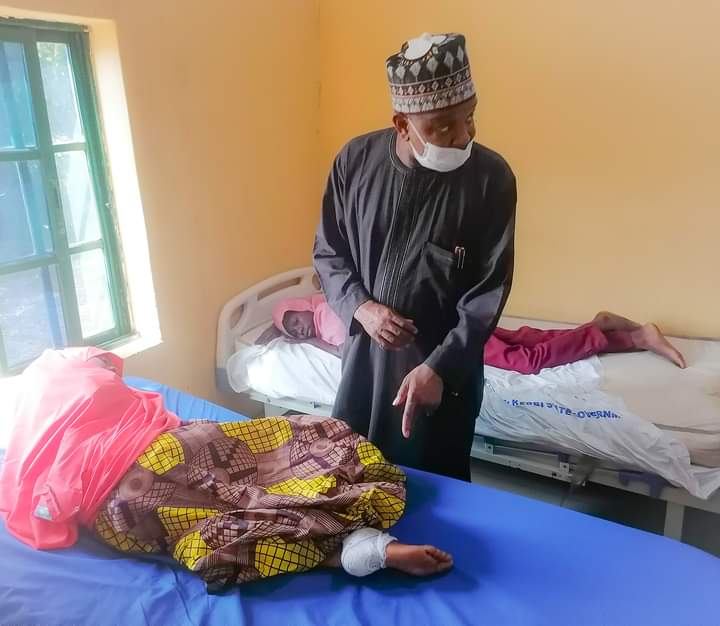 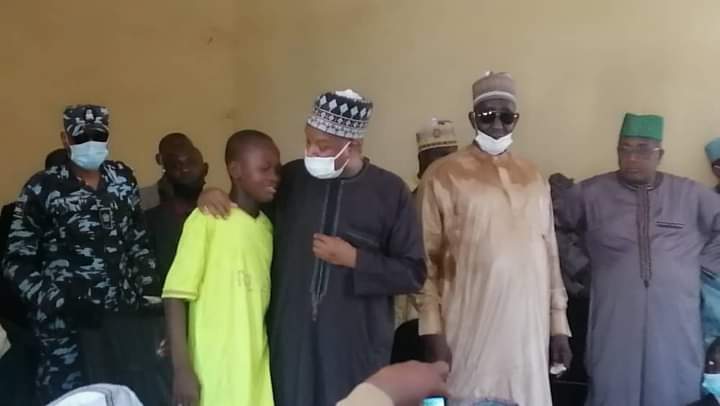 Meanwhile, the Federal Government is set to commence the trial of 800 suspected Boko Haram members.

The Deputy Director, Prosecution and Head of Complex Casework Group, Federal Ministry of Justice, Chioma Onuegbu, stated this in Abuja on Friday during a media engagement on networking for justice and accountability.

She added that out of 1,000 case files reviewed, 280 had been filed at the Federal High Court, while 170 were recommended for release for lack of evidence.

Onuegbu also said the charges had been served on the Legal Aid Council of Nigeria, who would be defending the suspected insurgents in court.