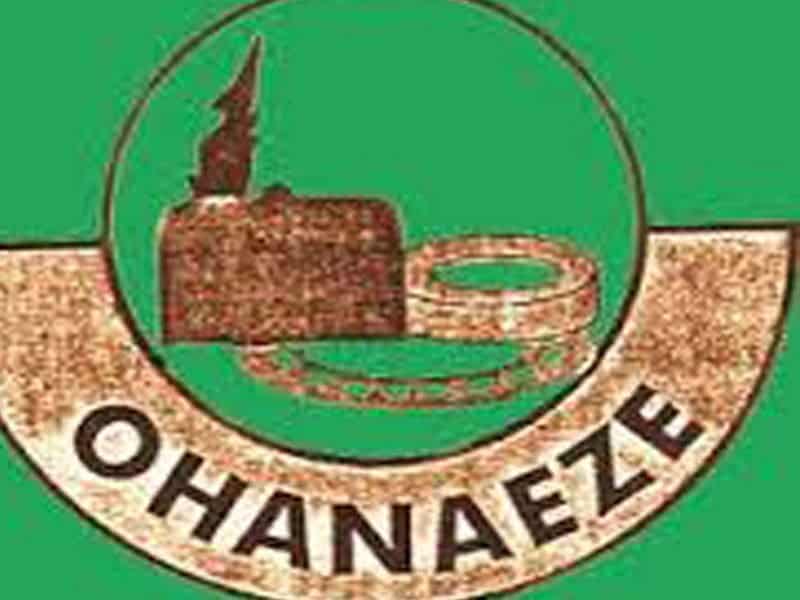 Igbo socio-cultural organisation, Ohanaeze Ndigbo Worldwide says it will not accept the private take of the management of Eastern security outfit, Ebubeagu.

In a statement on Thursday, signed by its Secretary-General, Mazi Okechukwu Isiguzoro, the group said any call for private citizens to takeover the management of the outfit will be rejected.

The group stated that it was not ‘constitutionally empowered’ to do so, adding that Southeast governors should be encouraged to sufficiently provide necessary logistics.

The group called on the governors to reinstate the chairman of Southeast Governors Security Committee who resigned based on logistics deficiencies in operation.

The statement reads: “Ohanaeze Ndigbo Worldwide has rejected the calls from well-meaning Igbos to take over Ebubeagu Southeast Security Outfit, saying that there were no consultative meetings and people’s approval or authorization for the outfit before its formation.

“Southeast governors should be encouraged to sufficiently provide necessary logistics and reinstate the chairman of southeast Governors Security Committee who resigned based on logistics deficiencies in operation.

“Unlike the Amotekun, where the southwest Governors provided adequate facilities and logistics, Ebubeagu was built on emotional ground and sentiments.

“Ohanaeze Ndigbo is not saddled with the Constitutional rights of protection of lives and properties in the Southeast, and we are independently funded through communal support of Ndigbo without any governments consent, it will be horrible to compound the responsibility of Ebubeagu on us, Southeast Governors are capable of providing logistics and we are in full support of them.”